Wehrlein certain he will return to Race Of Champions 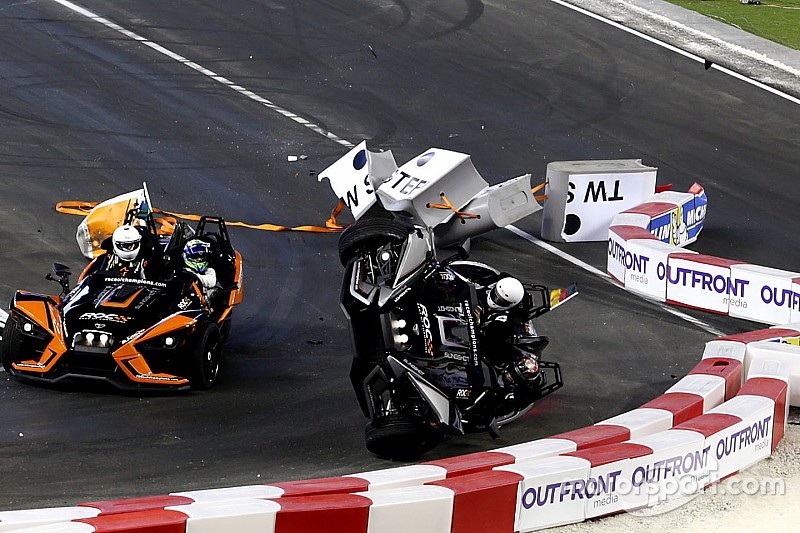 Sauber F1 driver Pascal Wehrlein is certain he'll return to the Race Of Champions in the future despite sustaining injuries in this year's edition.

The German was contesting the off-season event for the third time in January 2017, when he flipped into the barriers after colliding with fellow F1 driver Felipe Massa in a head-to-head race in Polaris Slingshot three-wheel cars.

The resulting back injury compromised Wehrlein's preparations for the Formula 1 season ahead, and he ended up missing races in Australia and China – before marking his comeback with an 11th-place finish in Bahrain.

And while the ROC injury has affected his season, the Sauber driver is adamant he will be back to the event sooner or later, although he admits he will likely not be competing in the next edition.

Wehrlein said: "I will go again to the Race Of Champions. Maybe not this year, and maybe I won't drive a car with three wheels...

"But for sure I will go again. I think this year I will skip it once. Maybe I will go there just for the party."

The German has had some success in ROC, having finished runner-up to David Coulthard on his event debut back in 2014.

"It's always a great time," Wehrlein continued. "I think the racing is not the main point of this event. It's having fun with drivers from other series.

"It's just a great time and I really enjoy it there and I will go there again. They always look for nice places to go."