Webber: I almost joined Ferrari in 2013 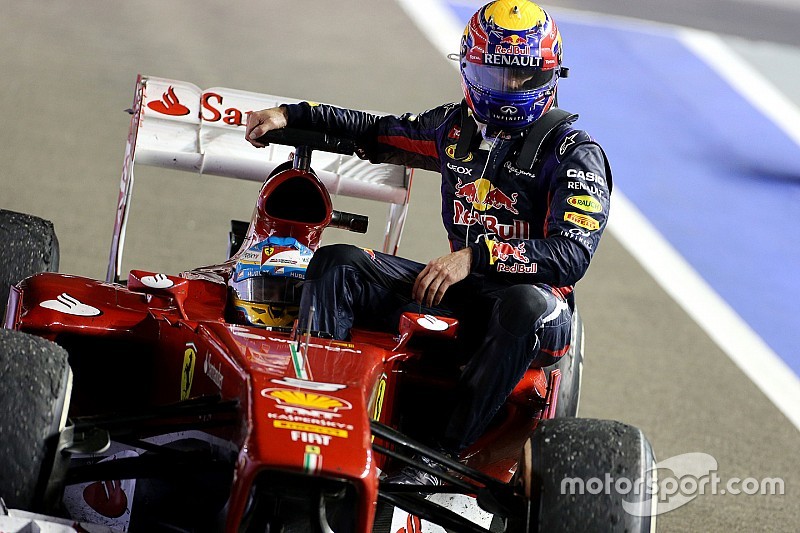 Mark Webber has revealed how close he came to signing with Ferrari for the 2013 Formula 1 season, and says contracts had even been drawn up.

In his recently-released book ‘Aussie Grit’, Webber confirms that he was not only speaking to Ferrari about joining Fernando Alonso there in 2013, but that talks advanced to the point where contracts had been drawn up after a meeting following the 2012 Monaco Grand Prix.

In the end, Webber says the major reason he didn’t sign was because Ferrari would only offer a one-year deal.

“The meeting was with Stefano Domenicali, the Ferrari team principal, on Flavio’s boat in the famous Monaco harbour,” wrote Webber in his book.

“There was now a very real chance I would be joining the Prancing Horse team. Flavio, Stefano, and Fernando all wanted it to happen; contracts were sent but they were for one year plus an option, instead of the two years we were pushing for.

“I just wasn’t interested in switching to another F1 team for 2013 when in July of that season they might tell me my services wouldn’t be required the following year.

“I remember driving to [Silverstone] on the Friday morning and chatting with Fernando on the phone. We swapped a few more calls and although he asked me to wait for a bit longer, my gut was telling me Ferrari wasn’t right for me.”

Webber added that when Red Bull Racing heard he was talking to Ferrari, the team began contract talks with Lewis Hamilton.

“Red Bull Racing were having a bit of fun talking to other drivers too, Lewis in particular, as they had clearly got wind of the Ferrari approach, so there had been no dialogue about extending my contract,” wrote Webber.

“At Silverstone, however, Christian [Horner] suddenly wanted me to sign a new deal for 2013, which we did a few days later.

“It would have been a change of scenery to go to Ferrari: it was also nice to feel a little bit wanted.

“Interestingly Bernie Ecclestone did a U-turn on that prospective Ferrari move: he was against it at the time, but in mid-2013 he asked me if I was comfy with my decision [to leave F1] and said he believed we could still make the Ferrari deal happen for 2014.”

Qatar “close to signing an agreement” for F1 date