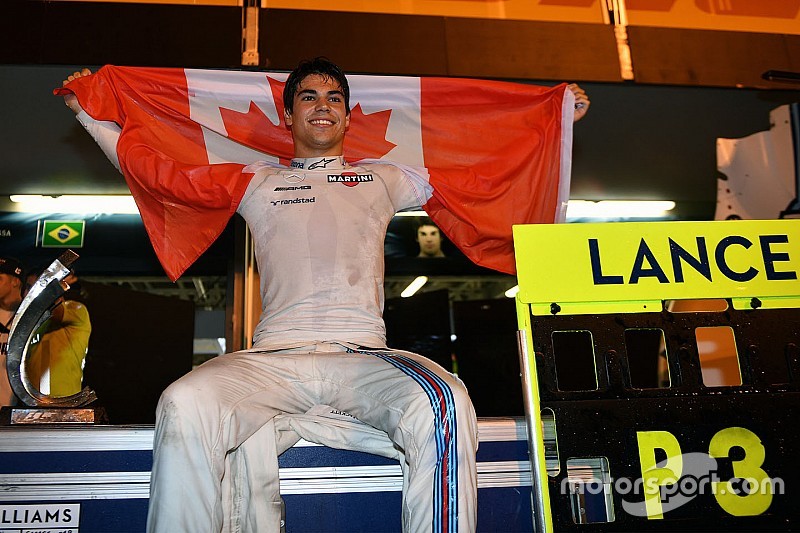 Canadian Villeneuve, who works as an F1 pundit for both French and Italian TV, previously earned the wrath of media and fans in his home country by suggesting that compatriot Stroll was not doing a good enough job relative to Williams teammate Felipe Massa.

“I always said until Montreal that it was pathetic, and it was,” Villeneuve told Motorsport.com after the Baku race.

“But I always said he won in everything he did with work, and the same thing would probably happen here, as long as they look at reality in the face.

“You have to admit when you are not good enough. That’s all. So I don’t know why people are getting so upset. You can’t go out and say ‘he’s amazing’ when he’s a second off the pace of Massa.”

Villeneuve said that finishing the top 10 in his home race had been a big confidence boost for Stroll, and acknowledged that the teenager had run a faultless race in Baku.

“The points in Montreal helped him. He wasn’t quick in Montreal, but everybody broke down, he kept his nose clean, he got points, and that took a weight off his shoulders. You could see it today. When everybody was banging into each other, he wasn’t, and his teammate broke down as well.

"Yes, he was lucky, but he was also quick, he didn’t do any stupid things, and he got on the podium. Nothing wrong with that."

Stroll had been largely adrift of teammate Massa in terms of pace until Baku, but looked more than a match for the Brazilian from the very start of the Azerbaijan weekend.

After the Canadian outqualified Massa for the first time in Baku, Williams tech chief Paddy Lowe said Stroll's improved pace was helped by a 2014 car test in Austin, which is part of an extensive programme of testing for the rookie.

Villeneuve said the fact Stroll was doing tests between grands prix was hard to take.

“He did well, but also he’s the only driver who tests between races," Villeneuve said. "That’s a little bit tough to swallow. Money has to have a limit, and that’s pushing it.

"Good, why would I criticise negatively that? But that doesn’t mean the beginning of the season was good.”

Villeneuve insisted that his views on the start of the season haven’t changed: “You still have to be real. Montreal was helpful and today was good, but that won’t change what I said earlier in the season.

"Wake up. People have to pay attention to what’s being said. You have to be realistic and understand the truth, that’s all.

“Look at last year. When [Max] Verstappen was to be criticised I would, and when it became good, I was positive with Lance. I won’t back down on what I said before, because he wasn’t at the level. This race he was, very simple.”

McLaren unifies its F1 and automotive businesses as Ron Dennis exits - what next for the English Ferrari?