The Canadian has also questioned whether the sport is becoming too much of a "Hollywood show."

TV pundit Villeneuve, who was involved in a messy battle for the 1997 world championship with Michael Schumacher, questioned many of the events that unfolded during the controversial Jeddah night race.

"It wasn't F1, it was rental karting," Villeneuve told Motorsport.com. "Everything was wrong. So I'm not sure what to say.

"I don't know. I mean, I think today Frank [Williams] would have turned in his grave, seeing this race.

"And then when you see the team principals, everybody is shouting, and putting pressure even on the marshals and so on, that becomes ridiculous. It really has become ridiculous.

"It was great for the fans. So that probably will increase the viewership. Which is great for F1. But we're starting to get away from the sport, that's all. So ultimately, it depends if you're a purist or not." 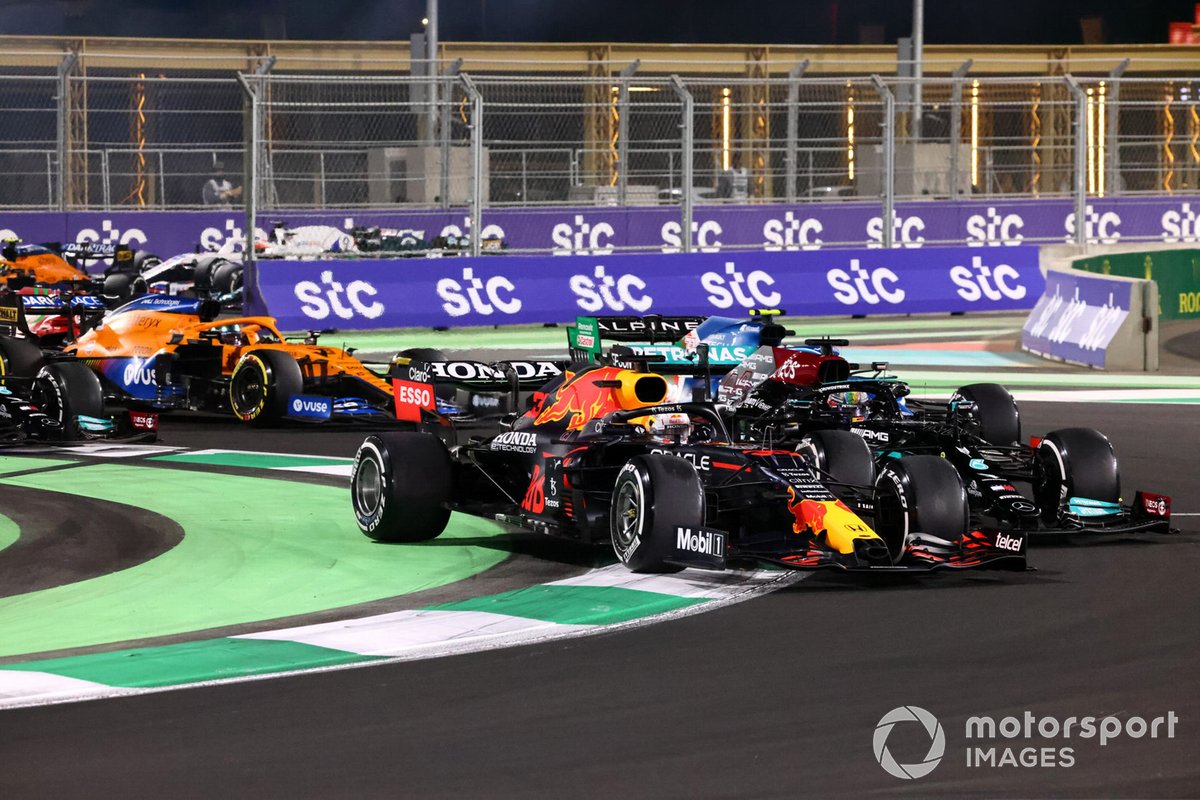 Regarding the collision that happened when Verstappen slowed to let his rival through, Villeneuve said the DRS was partly the reason for the clash.

"Someone slows down in front of you, you overtake. The problem is those stupid DRS lines. And Lewis didn't want to cross the DRS ahead of Max.

"He knew Max was letting him by. He just didn't want them Max to have the DRS for the next straightline, because Max would have overtaken him, so they both played dumb there."

Villeneuve also questioned the radio discussion between race director Michael Masi and the Mercedes and Red Bull teams regarding the grid positions for the restart.

"A deal being made? Never heard of that. It's not in the rules. That one, I just I didn't get it."

Villeneuve, who was hit by Schumacher in the 1997 Jerez finale but stayed on track to win the title, is hoping for a calmer Abu Dhabi GP weekend.

"It's a Red Bull track. But with the engine that Lewis has every track is a Lewis track now. I just hope we have a nice clean race.

"And may the best man win, and not anything like today, not Hollywood, at least not in the last race. We already got our Hollywood hits this year."

Hamilton had no warning Verstappen was asked to swap places