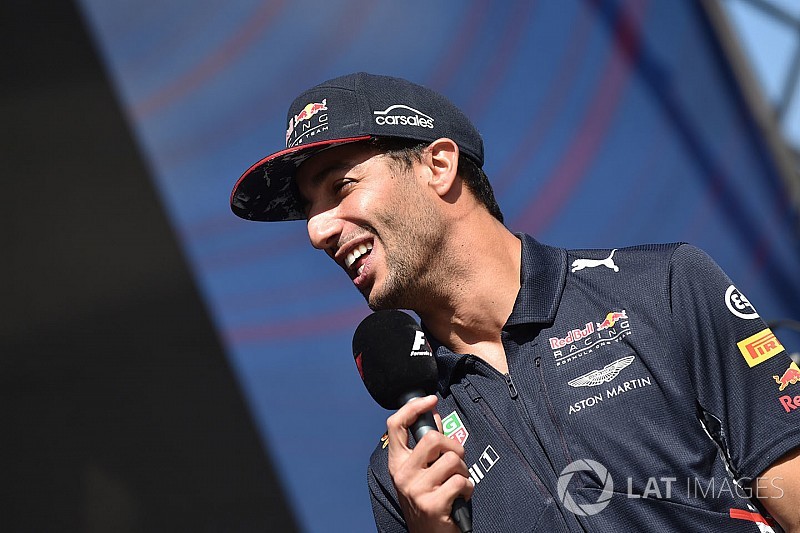 Daniel Ricciardo is confident that Red Bull has got itself where it needs to be to take the fight to Formula 1 favourites Mercedes and Ferrari regularly this season.

After the Milton Keynes-based outfit made good progress with its car throughout last season, Ricciardo is bullish that the momentum will carry forward in to 2018 to allow his team to 'attack' at the front.

"I feel there is a good intensity," said the Australian, in a pre-season Red Bull video interview reflecting on his winter and the season ahead.

When asked if he believed Red Bull could beat Mercedes and Ferrari, he said: "I believe so.

"With not many rule changes and stuff, we improved the car quite a lot last year so I guess in principle we should be able to carry that over for this year and keep evolving from there. We should be able to fight more often – time will tell. But I am confident."

Despite his optimism about the progress that Red Bull has made, Ricciardo did think it too early to set specific targets at this stage.

"I've got goals that I want to achieve but I don't necessarily say right, by race three I want to have been on the podium already twice and had a pole position," he explained. "I don't set goals like that.

"I guess the thing for me is that I want to be true to myself and make sure I am have prepared as well as I can for every race, then I know I will get the most out of it."