In this 3D animation, renowned technical analyst Giorgio Piola takes a look at the proposal made by ex-Williams and Ferrari designer, Enrique Scalabroni, for an 'active' windscreen to protect drivers from debris.

At the Italian GP, Enrique Scalabroni submitted his ideas for an 'active' windscreen concept.

Scalabroni's concept approaches the issues of cockpit protection in a very different way to the other solutions we've seen, with two distinct structures used rather than just one. 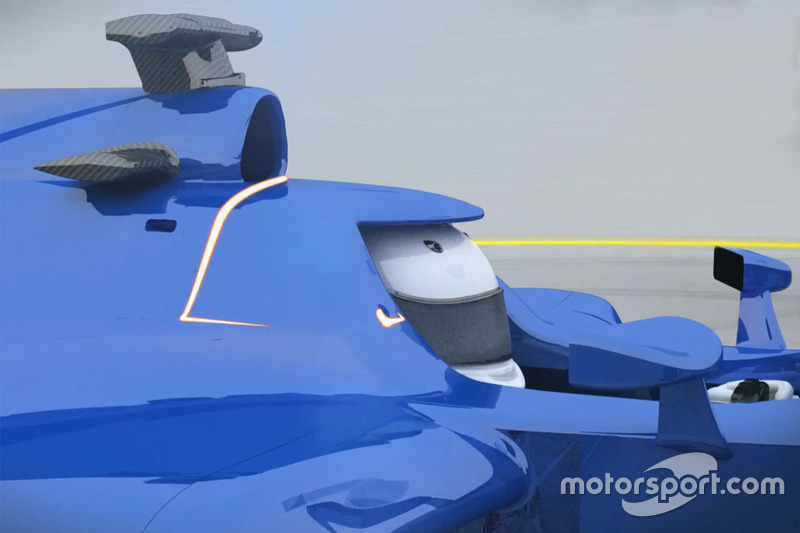 The hood surrounds the driver's helmet in order to reduce the chance of injury should a large piece of debris be thrown up and come down on top of the car.

Perhaps the biggest issue with such a device is access, with yet another device impeding escape or access to the cockpit for medical personnel should the car be inverted.

Clearly, numerous solutions could be employed in terms of the hoods removal, however, it is understood that the driver would press a button inside the cockpit to release the hood to aid his own extraction in the event of a simple accident. In the event a driver was unable to complete the process unaided the marshals could manually release the hood as shown in the animation.

A holistic review of the dismount or extrication process could see a device like the hood paired with the cockpit padding that already surrounds the driver to further improve extraction times. 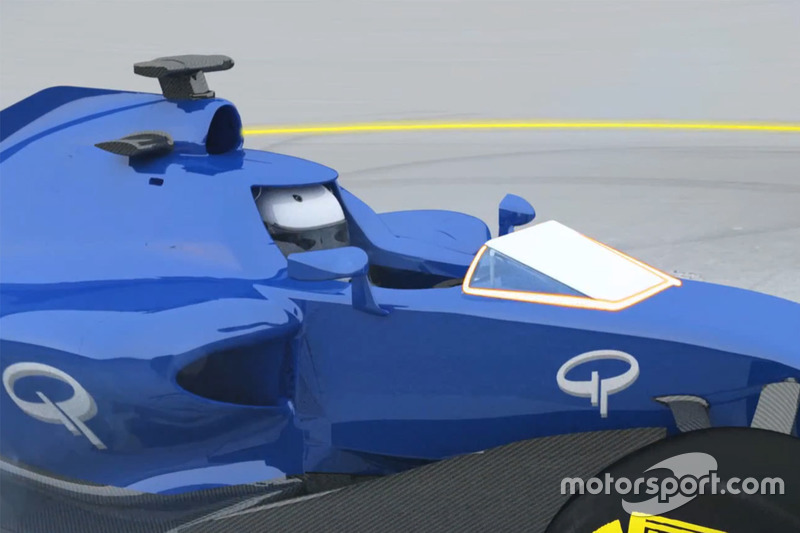 Red Bull's 'Aeroscreen' provided answers to one of the questions raised by the incident involving Felipe Massa in 2009, when an errant spring hit the Brazilian's helmet having come loose from Rubens Barrichello's Brawn GP car.

One of the ideas put forward by Scalabroni is a simple but elongated windscreen, which creates a ramp to deflect debris away from the helmet.

The issue with the Aeroscreen was that although it looked to resolve the issue of smaller debris the transparent surface was too pliable and the overall structure potentially created another blockage in the vision field. Inclement weather could also be a factor, something that even the Halo design has yet to deal with in a real world test, whereas this smaller flat panel suggested here should be less intrusive and offer good protection from various sizes of debris.

Whilst it's clearly a design in its infancy if designed and tested in conjunction with changes to the chassis and nose transition regulations, it is something that could work quite effectively to improve safety without severely impacting the aesthetic feel of the car, something that many have been critical about with the Halo. 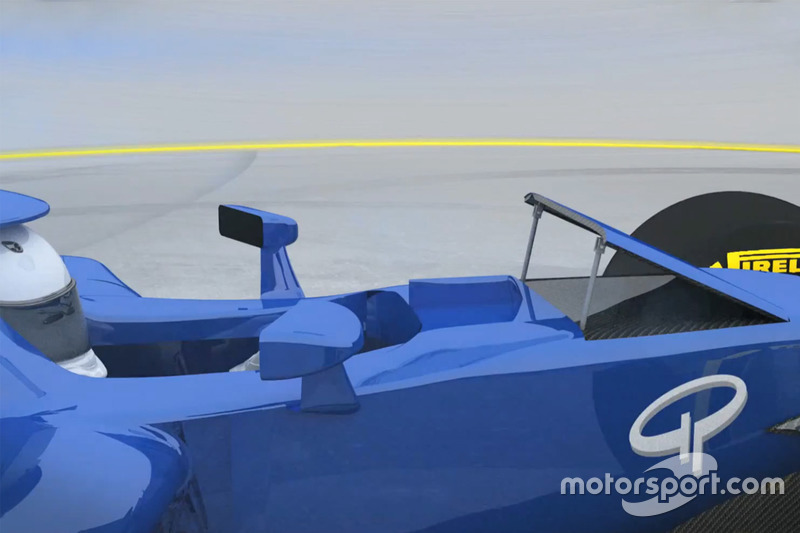 Perhaps the most contentious component of the concept is the use of a hydraulically actuated flap on top of the chassis, rather than using the aforementioned static windscreen.

Scalabroni has proposed that an array of proximity sensors mounted on the car could deploy the flap within millesceonds in order to protect the driver from any imminent danger.

The reaction time of such a device is perhaps the most concerning issue, with the device likely better at dealing with lower speed incidents rather than fast moving debris.

With cockpit protection now deferred until 2018, it appears that the Halo will become the de facto option, with tests being conducted by various teams and drivers up and down the pitlane in free practice sessions over the last few races.

However, these real world tests and the feedback garnered from them could still spell the end for the device, requiring another look at other options as the sport comes to terms with the fact it wants to provide better protection for the drivers.