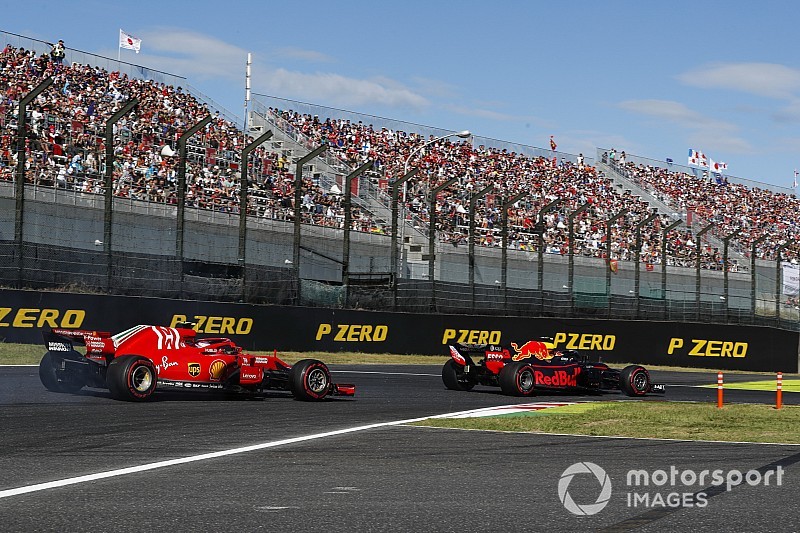 Having quickly progressed from eighth on the grid following his poor qualifying, Vettel was attacking Verstappen for third at Spoon corner on the first lap after the early safety car at Suzuka when they tangled and the Ferrari spun.

Vettel could only recover to sixth, leaving him 67 points behind race winner Lewis Hamilton - who can now clinch the title at the next race in the United States.

Before the Vettel collision, Verstappen had already had an incident with the other Ferrari of Kimi Raikkonen and been given a five-second time penalty to serve at his pitstop.

"I was obviously pushing to get past but I wasn't desperate to get past," Vettel told Sky Sports F1.

"I knew he had a penalty but I also felt that we were faster. The gap was there but as soon as he saw me obviously he defended. But I had the inside.

"As soon as he realises somebody is close or next to him, he tries to - in my opinion - push when you shouldn't push anymore.

"Look at [the incident with] Kimi, [Verstappen]'s off the track and he comes back and if Kimi just drives on they'd collide.

"But it's not always right that the other guy has to move. We're all racing, the race is long."

Vettel managed to get down the inside of Verstappen going into Spoon but was not ahead when the Red Bull turned in and contact was made.

"For me, the gap was there - otherwise I wouldn't do it," Vettel added. "I think I got through the whole field without any trouble. Sometimes closer, sometimes with more margin.

"It's normal that it sometimes gets close but you need to always give the space and in that case I couldn't go anywhere and then we touched.

"This is part of racing, don't get me wrong. I don't regret the move, obviously with that outcome you would do it differently because with hindsight it's always easy.

"But the gap was there, his battery was clipping [running out of ERS boost], I was boosting, I saved my battery, I had more speed, I would have made the corner, I was side by side and then he didn't give enough room and then we touched."

Raikkonen also felt Verstappen was fully to blame for their tangle, which happened when the Red Bull ran off the road at the chicane on the opening lap while third then banged wheels with the Ferrari as it rejoined.

That allowed Vettel to get between them, with the stewards penalising Verstappen for failing to rejoin safely.

"He ran wide and he went off the track and I just went on the outside at the next corner, leaving him space on the inside," Raikkonen said.

"He knew that I was there and he just drove into me and pushed me off the track."

Verstappen finished third, while Raikkonen fell to fifth and said damage from the collision made his car "far from ideal" afterwards. 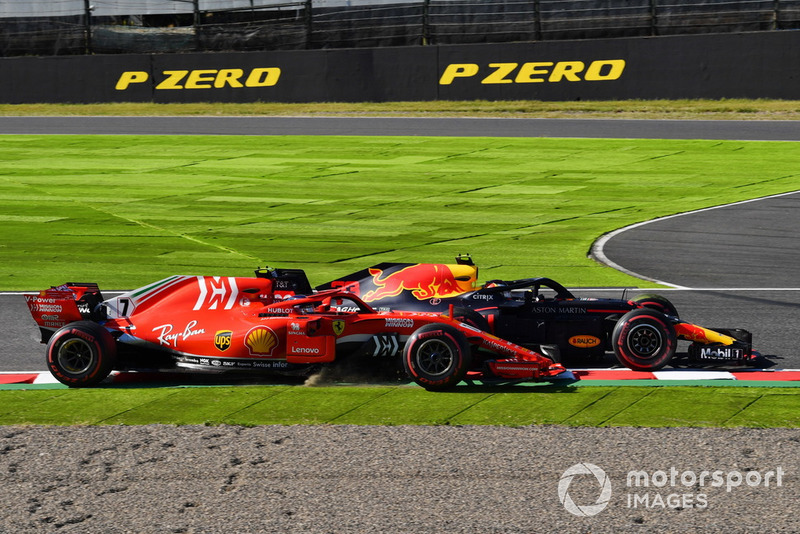