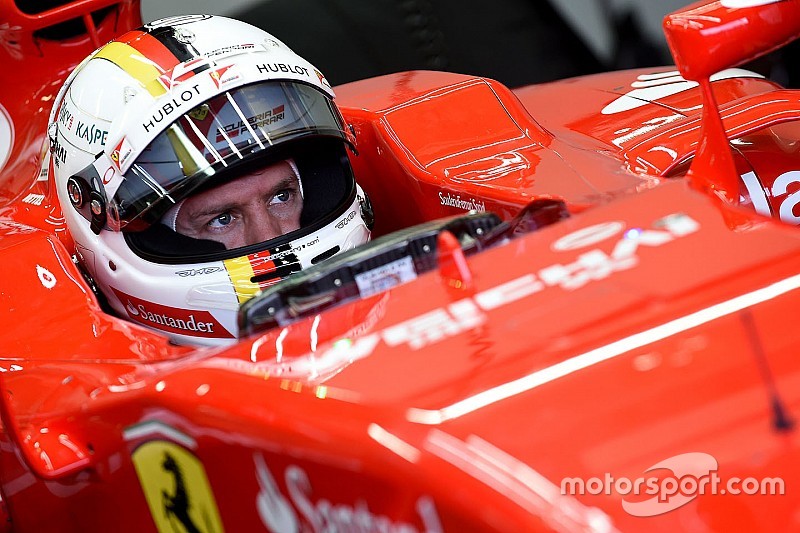 Sebastian Vettel has played down the importance of the season-opening Australian Grand Prix for his Ferrari team, suggesting that it should not define the entire campaign.

Ahead of a season in which Ferrari will aim to end Mercedes' F1 domination, the Italian team's president Sergio Marchionne noted that the championship will be decided "in the winter" - and that Ferrari must arrive at Melbourne with a winning car.

Vettel, Ferrari's lead driver in 2015, noted that he shares Marchionne's ambitions, but has hinted that a failure to win in Melbourne shouldn't be viewed as a disaster.

"It's natural that we all want to win - the team is quite big, there's a lot of people and if you ask everyone, I think [they all agree] our target is to win," Vettel said during the Pirelli wet-weater tyre test at Paul Ricard.

"But we know it's very ambitious, we know that the gap has been quite big last year. I think we did a good job over the season to come closer.

"This year we have some changes and we will have to see - obviously the testing is crucial to start on the right foot and then we go from there.

"But Australia is one race from 21. If you win there, it's great, if not - you try to finish as close as possible to the top step and collect as many points. And after that it's a long year."