Sebastian Vettel has been summoned by the FIA Stewards over a double yellow flags incident during qualifying for the 2021 Formula 1 Bahrain Grand Prix.

The four-time F1 champion is making his Aston Martin debut this weekend following his switch from Ferrari over the winter, but endured a frustrating qualifying in Bahrain when he was knocked out in Q1 after having to back off on his final flying lap due to traffic and yellow flags.

Vettel had to slow down at Turn 1 after Haas rookie Nikita Mazepin spun ahead of him, with the Russian having just jumped the queue and passed the Aston Martin driver on the warm-up lap.

The German driver then came across another yellow flag at Turn 8 for Carlos Sainz Jr, who had momentarily lost drive on his Ferrari.

Vettel, as well as Esteban Ocon, Lance Stroll and George Russell, was put under an initial investigation by the FIA stewards for not respecting a single waved yellow at Turn 8 during qualifying, but all four drivers were cleared of any wrongdoing and duly avoided any penalties. 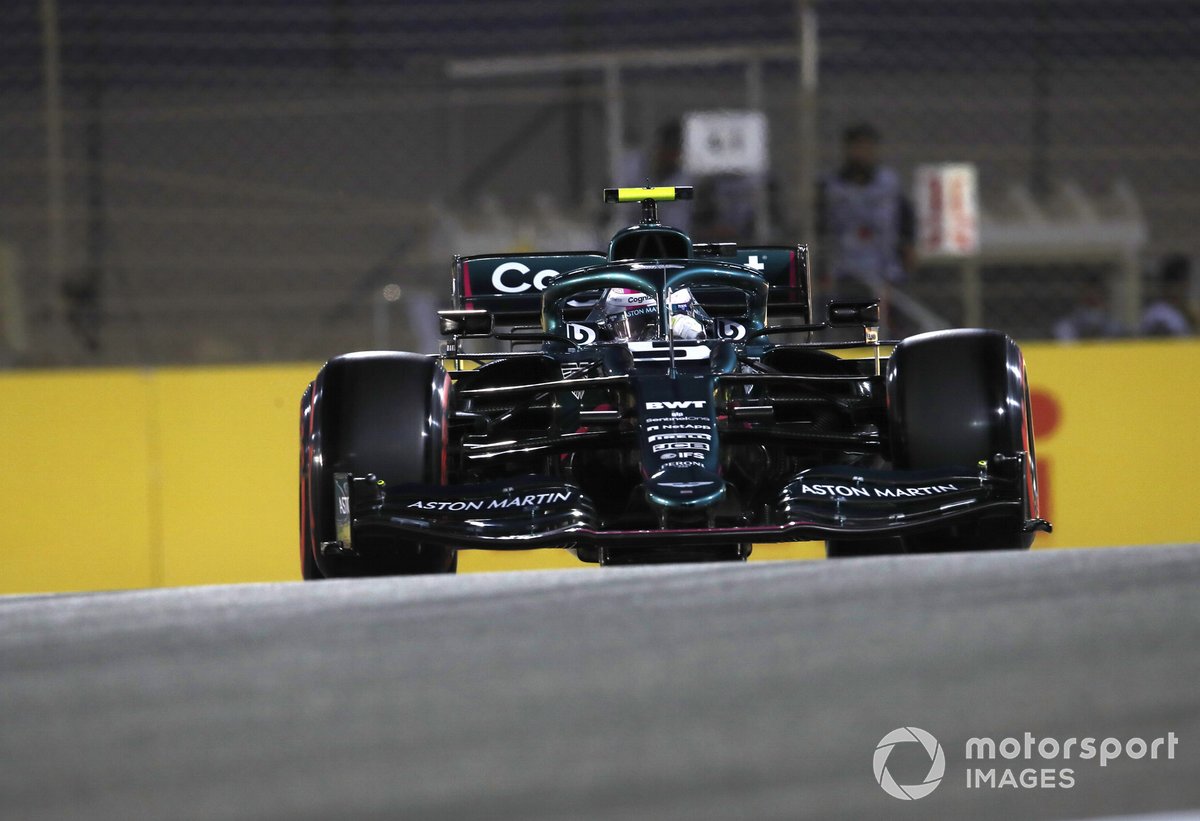 But the FIA stewards have called a new summons for Vettel for "allegedly not respecting double-yellow flags at Turn 1" in Q1 of qualifying, according to an F1 notice.

The hearing, issued shortly after 2200hrs local time on Saturday evening, will take place on Sunday at 133hrs local time at the Bahrain International Circuit.

Vettel, who is already starting the Bahrain GP down in 18th place, could be at risk of a back of the grid start if he is given a grid penalty following the hearing on Sunday before the race.

"If I panicked now it wouldn't help," Vettel told Sky Sports F1 after qualifying but before the stewards hearing was called. "For sure I'm upset and angry - it was not our fault in a way - not to make it through, but we have to take it and do what we can to prepare for tomorrow.

"It was a mess in the last sector warming up, I just made it across the line with less than one second and then I had two yellow flags, so not much we could do at that stage."

Perez "has to be patient" with himself after Bahrain Q3 miss