Sebastian Vettel thinks he and Aston Martin Formula 1 teammate Lance Stroll could have done a better job after they nearly crashed into each other in the Brazil sprint.

By:
Jonathan Noble
Co-author:
Jess McFadyen
Listen to this article

The German attempted to make a move past Stroll on the run out of Turn 3 on lap nine, but his team-mate robustly defended and forced him on to the grass.

While they did not touch and Vettel was able to recover, Stroll was handed a 10-second penalty for dangerous driving.

Reflecting on the incident afterwards, Vettel said he was not too alarmed about what happened, beyond questioning whether the pair should have been fighting at all.

“I don't think we made contact, it was close,” Vettel told Sky Sports. “I mean it's obviously split seconds. But I went to the inside, the gap closed and it was really tight. I went off the track, which was difficult to recover.

“I was stuck sitting on the plank, but fortunately I got back. After we were able to work together and I was able to use the pace that I had.”

Vettel reckoned that it would have made much more sense for he and Stroll to have cooperated more in trying to move forward.

“It's a fine line, you are fighting for your spot,” he said. “Obviously it's important to defend. On the other hand it's always trying to weigh, are you losing more than you gain? Plus we are trying to work together.

“So I think today, in the end, we could have done better, both of us, to try and get a better positioning for both for the team – and not losing that much time and then finishing a little higher up.” 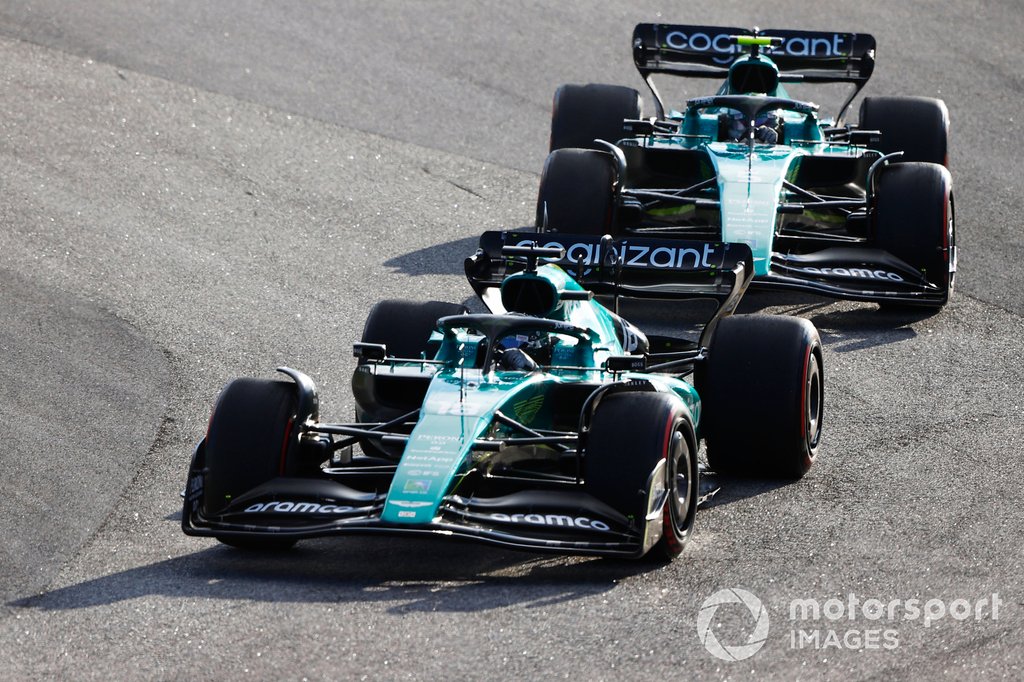 Stroll said he had no clue about exactly how far he had pushed Vettel over.

“I have to look at it again,” he told Sky Sports. “I haven't seen the video, so probably I didn't leave enough space.”

Vettel, who eventually went on to finish ninth while Stroll was classified 17th, reckoned there was a good chance of scoring decent points on Sunday.

“Pierre [Gasly] we got today, Kevin [Magnussen] is obviously ahead of us tomorrow, but it's going to be a different discipline,” he said.

“It’s a long race, but the pace in the race looked okay, looking after tyres was fine. So hopefully we have a similar chance tomorrow.”