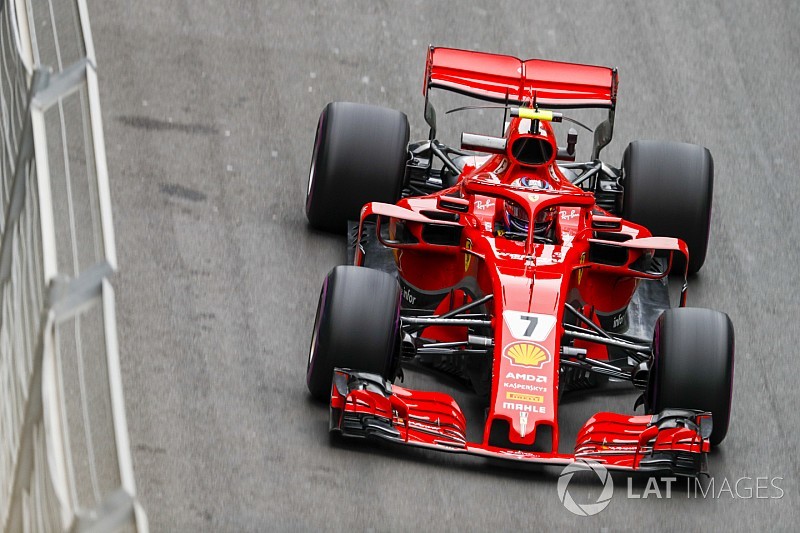 Sebastian Vettel believes the image of Kimi Raikkonen's Formula 1 form in recent years is distorted and that their Ferrari teammate battle is not as "one-sided as you might think".

Vettel has won 10 races since joining Ferrari for the 2015 season but Raikkonen is still searching for his first victory since returning to the Italian team the year before.

Raikkonen has started this season in brighter fashion, shadowing Vettel in the drivers' championship and keeping Ferrari just ahead of Mercedes in the constructors' battle.

Asked by Motorsport.com if he had noticed a new level of performance from Raikkonen this year, Vettel said: "I think one thing is always to look at the result and the other is if you look a little bit deeper.

"It's been incredibly close this year so far. To be honest, most of the Fridays I think he had the upper hand so far.

"Here and there I was struggling to understand the car and feel the car so I think knowing him, knowing his strength, he's incredibly talented and able to drive around problems.

Raikkonen is dominated by Vettel in every major statistical comparison of their time as teammates.

But he was Ferrari's strongest challenger in Australia before a mid-race safety car handed Vettel the win, and would have four podiums from four races had Ferrari not botched a pitstop in Bahrain.

Asked by Motorsport.com if he agreed that the picture of his form was distorted, Raikkonen said: "The end result matters. The rest doesn't really count.

"The people that we work with know what's happening and what's not. I don't really care if people think you are slow. I know what we are doing."

Raikkonen scored his best result of the season in last weekend's dramatic Baku race despite pitting for a new front wing after a first-lap collision.

He said he did not consider it payback for the misfortune that compromised him in earlier races.

"I don't count on luck" he said. "You get what you deserve in a way. I'm more happy that I have the speed. That's the main thing.

"We just need to put it together and I'm sure that we can do even better."

Raikkonen's improved form means another one-year extension is not out of the question for the 38-year-old.

Speculation has linked Red Bull's Daniel Ricciardo to the second Ferrari seat but pairing the Australian with Vettel again would present the Italian team with a very different dynamic.

Vettel said of Raikkonen: "We're a good pair, a good match. There's no problem at all between us, ever.

"I think that's a really big bonus for the team and for us to just enjoy our job."

Is eSports the new grassroots of motorsport?

The dark horse that should be taking F1 2018 by storm