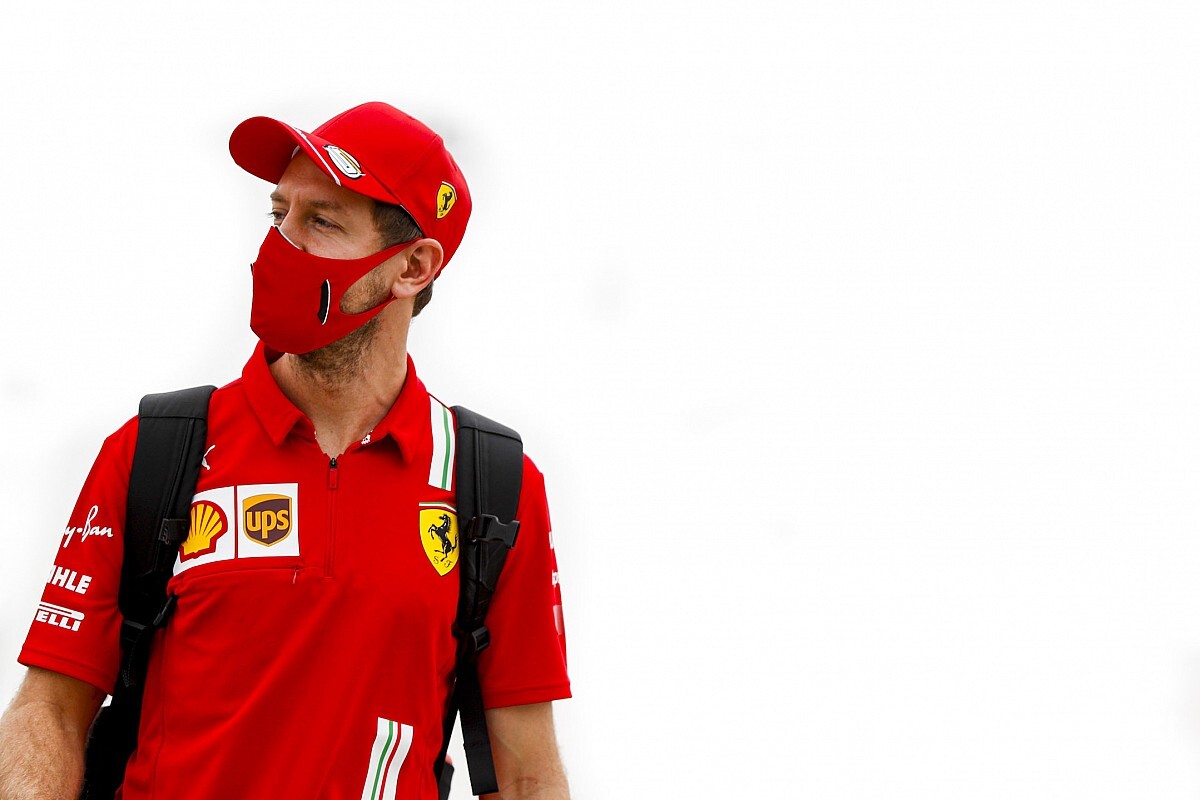 Grosjean walked away from a fiery accident on the opening lap of Sunday's race in Bahrain, surviving at 137mph impact with the barrier at the exit of Turn 3.

The Haas F1 driver remains in hospital undergoing treatment for burns to his hands, and will miss this weekend's Sakhir Grand Prix, but is set to be discharged on Wednesday.

F1 did not show any replays of the incident until Grosjean was known to be out of the car and with the medical crew, but received criticism from a number of drivers for broadcasting the incident during the red flag break before the race resumed.

Renault's Daniel Ricciardo said he was "disgusted" by F1's decision to keep showing the incident. The series responded by stressing it only did so after discussions with race control and the FIA's medical staff.

Four-time world champion Vettel explained how he tried to avoid seeing any images or footage of the accident during the hour-long red flag break.

"Once I got the message he was out of the car, obviously it was a big relief," Vettel said.

"Then I didn't look at the images too much. I went to my room and just waited to get ready again, which I guess was a good thing.

"I disagree with the fact you have to show the images over and over again. In the end, we are human beings racing, and not objects.

"I know people like the car being on fire, and crashes, and it's exciting, but actually it's not so exciting when you're in the car.

"Maybe it's something we can learn, that we don't need to repeat showing the images. But as I said, I deliberately tried not to look at the images too much. Once I heard that he was OK, obviously that was the main relief."

Vettel added that he had to "distract myself" in order to get in the right frame of mind for the race resuming, where he ultimately crossed the line 13th for Ferrari.

Mercedes' Valtteri Bottas echoed Vettel's thoughts, saying that while he understood why spectators would want to see the accident again, there was no need for excessive replays.

"When there is a crash, when it ends up being OK for the drivers, they like to repeat those," Bottas said.

"I feel like people, spectators want to see it. But there's a limit as well. It could have been a fraction different, the shunt, and there would have been no way for him to get out of the car.

"There's a limit on it. I was watching the screen because I wanted to see what happened. Once I saw it, I was trying to avoid it, but it was playing on replay everywhere.

"I don't know, maybe it's a question for people watching, the fans, if they want to see 20 repeats of that or not."

Vandoorne flying to Bahrain, but unsure about Mercedes' plans