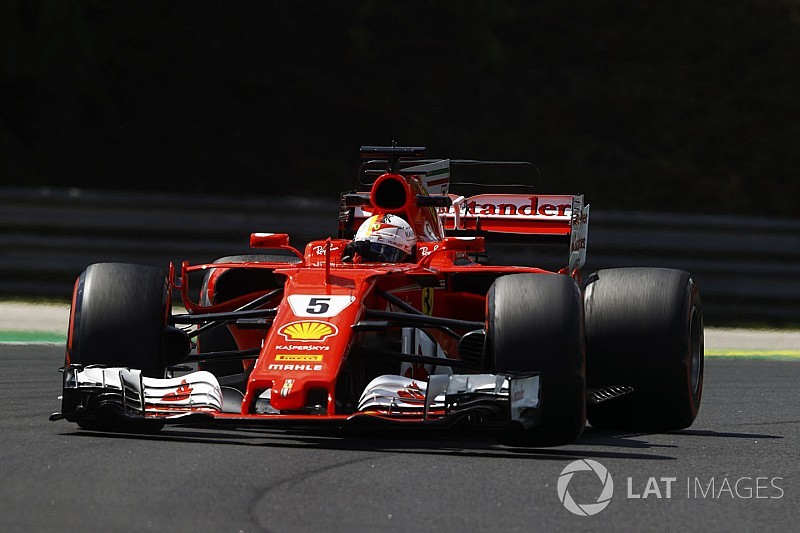 Sebastian Vettel says Ferrari can be "proud" rather than upset that rivals have resorted to technical clarifications in a bid to slow down his team's form.

Ferrari’s recent struggles against Mercedes have coincided with clarifications from the FIA relating to oil burn before Baku, and a stiffening of the SF70H’s floor from the Austrian Grand Prix.

Just how much impact these elements have had on Ferrari’s form is unclear, but Vettel says he is not too upset about the matter – and instead insists that it is a positive the opposition are trying to close down any loopholes his outfit have found.

When asked in Hungary whether he felt rulings on oil burn and the floor had held Ferrari back, Vettel said: “Well, we’re still there. It’s testimony of the great work that has been going on over the winter that people start to look at your car from a different angle, and try to ban your car rather than ignore your car.

“So that’s good news for us, and something we can be proud of. We shouldn’t get distracted by it.

"It’s normal when you’re at the front, people don’t like it and want to change that. It’s the same when it’s the other way round."

Ferrari technical director Mattia Binotto does not believe that the momentum his team has lost in recent events is down to the FIA rulings though – and is not concerned that the trend suggests Mercedes is now in front.

“I don't think that there is a clear tendency or a trend in the competitiveness of the two teams. Certainly the development is very important and that has to be done race by race.

"There are still many races to go. We are just halfway through the season. I don't think that there are any reasons why there should be a trend.

“I think that oil burn is something that is not directly related to Ferrari. And the floor, honestly I don't think there is any impact on our performance.”