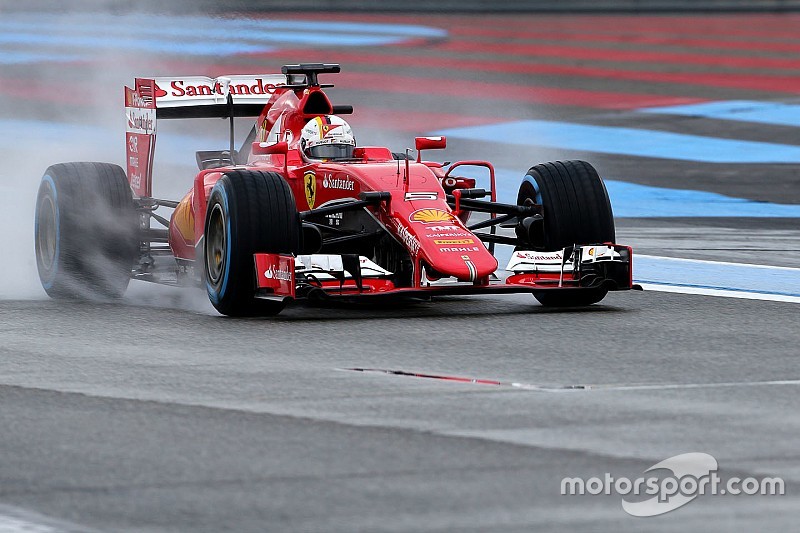 Sebastian Vettel produced the fastest time on the second and final day of Pirelli's wet weather test at Paul Ricard in France on Tuesday.

The Ferrari driver, who took over duties from Kimi Raikkonen who had run on Monday, helped Pirelli focus on work in drying conditions throughout the day as those present completed runs of up to 15 laps.

Vettel's best lap of 1m06.750 seconds was set the near the end of the day, with Vettel encountering no dramas on his second day of F1 action this year, following a test in a 2014 car at Fiorano last week.

Red Bull's Daniil Kvyat, who took over from Daniel Ricciardo, was second fastest with a time of 1m06.833s but his running was cut short by an unspecified problem as he ended the day in the garage.

McLaren reserve driver Stoffel Vandoorne recovered from an early morning mechanical problem that forced him into the pits for a short period to set the third fastest time, albeit one second adrift of Vettel.

The two-day test is the last time that 2015 cars will test en masse, with the next official running due to be the first Barcelona pre-season test on February 22 for 2016 cars.

However, Sauber is taking an updated version of its 2015 car to that test because its 2016 challenger will not appear until the second test.