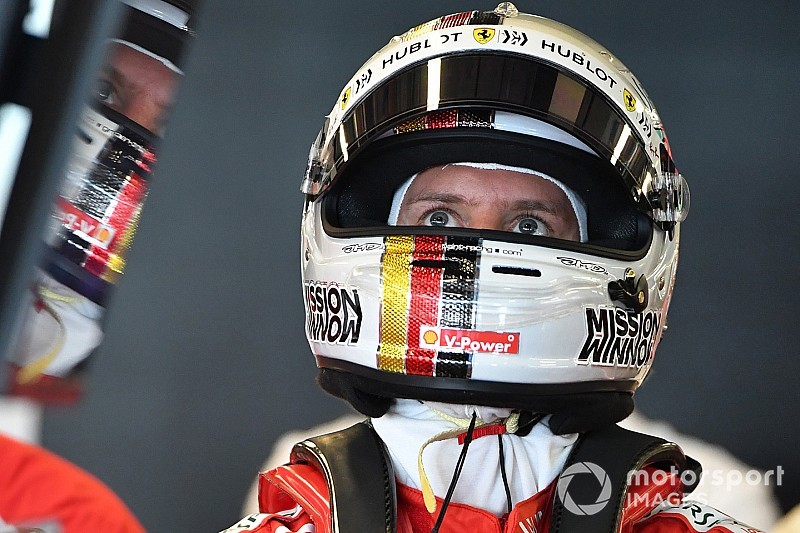 Sebastian Vettel admits he was not "at the top of my game" in Formula 1 this season at times, but knows where he and Ferrari next to improve for 2019.

Vettel led the championship after 10 races this year but fell behind Mercedes driver Lewis Hamilton and only won once in the nine grands prix after the summer break.

The German, who has not won the title since the last of his four Red Bull successes in 2013, suffered a number of high-profile errors including crashing from the lead in Germany and spinning because of contact early in the Italian, Japanese and United States GPs.

Vettel said: "Naturally, the year I've had, I don't think I ever any problems raising my hand if I made a mistake.

"Knowing how quickly things can go wrong, how quickly things could have gone differently this year, I have to review a couple of things, but there's other things that I think went wrong and don't need a lot of reviewing and not over-complicating things too much.

"I think I know what I need to do. Certainly, here and there, looking back I haven't been at the top of my game.

"So, I look at myself first, I think I can be better than I was at times this year."

Vettel won five races in total to Hamilton's 11 but Vettel's mistakes were not the only reason the championship momentum swung away from him.

Four of Ferrari's six victories came across the first 10 grands prix but it threw away a front-row lockout at Monza, where Vettel hit Hamilton on the opening lap and spun, and then went in the wrong direction on car development.

"We did a step back towards the end of the year which enabled us to be more competitive again, but I think we've understood what went wrong," said Vettel.

"I think we had a lot of lessons, it was a tough year in general. I think the team is strong and the team has potential but surely it was a lot of things that happened inside the team.

"The passing of our chairman, Mr [Sergio] Marchionne obviously had an impact and was tough.

"It's up to us to look into every single detail and make sure we come out as a stronger group."

The 2018 season was Ferrari's best statistically since 2008, aided by Kimi Raikkonen's return to race-winning form.

Vettel said it was important not to overlook the positives.

"We also had a lot of races where we got everything out of the car and the package and I felt that I did everything I could," he said. "I was happy with that.

"For now I need a bit of time just to shut things down. We have a little bit of time to digest and analyse.

"I don't think I need to change things upside down but certainly I can adjust and get stronger."