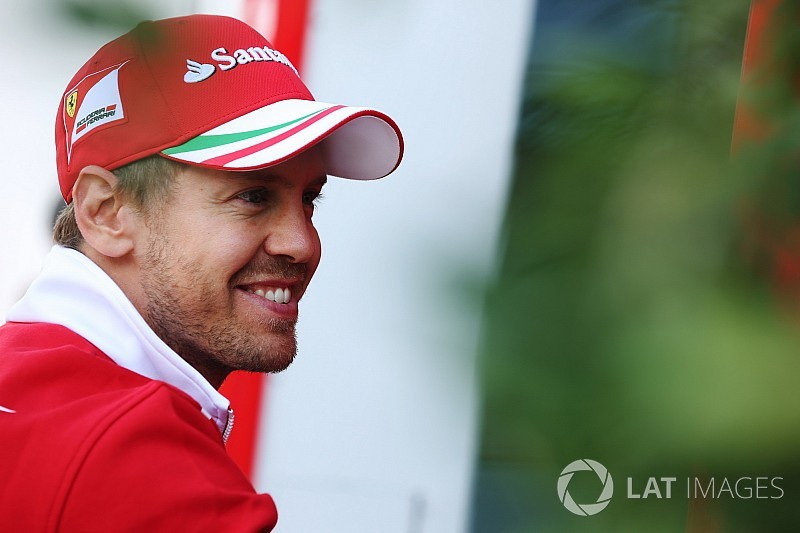 Sebastian Vettel is no spoiled brat and his angry outbursts – plus behaviour like Baku – are just signs of how hungry he is to win, reckons his former boss Christian Horner.

Vettel is locked in a tight championship battle with Lewis Hamilton, and courted controversy last month when he swerved into Hamilton behind the safety car in Baku.

While some have viewed Vettel's behaviour – including numerous radio outbursts – as evidence of him feeling the pressure, Horner sees things very differently.

He believes instead that Vettel has always been an emotional man behind the wheel, simply because he is so fiercely competitive.

"I think Sebastian, he wears his heart on his sleeve and he is involved in a very intense battle," said Horner.

"He sees an opportunity to be a champion again this year and he knows he's going to need everything going his way against Mercedes to achieve that.

"He has zero filter between what he thinks and what he says sometimes or what he does and that's the great side of him. But sometimes it gets him in hot water as well."

Horner, who helped take Vettel to four consecutive titles with Red Bull between 2010 and 2013, sees similarities between the German and Michael Schumacher.

"Sebastian is a great character," he said. "You don't see much of his character perhaps in his current environment. He's a fun guy, he loves British humour, he's very good with the mechanics of teams.

"He turned up here [at Red Bull] always with chocolates for the receptionists and girls around the factory.

"He was always very generous not in just gifting something to the team but also for the whole factory. He spent hours signing stuff and investing into the team.

"He's got this huge desire within him, the records mean a lot to him. Michael Schumacher was very much his idol and I think what we see sometimes is that killer instinct of 'I wanna win', sometimes at all costs.

When asked if he felt that Ferrari should be better tempering Vettel's intensity, Horner said: "I think it's a matter of channelling it. But Ferrari is an emotional team, and the Latin fuels that emotion.

"I'm not saying it's a bad thing, but it shows he's human at the end of the day and shows how hungry he is to achieve that ultimate goal."

Vettel does not have a contract beyond the end of this year and, while Horner says he would be surprised to see the German move away from Ferrari, he suspects Mercedes are courting him for 2019.

"I'd be amazed if he left," he said. "I would think he's got Toto in his ear trying to say extend for a year and then he's probably got Ferrari saying it's three years or nothing.

"I guess he wants to see through what he started at Ferrari. He went there for a reason, to build something and very much emulate what Michael had done. Stepping out now with the progress they have would be a job half done."