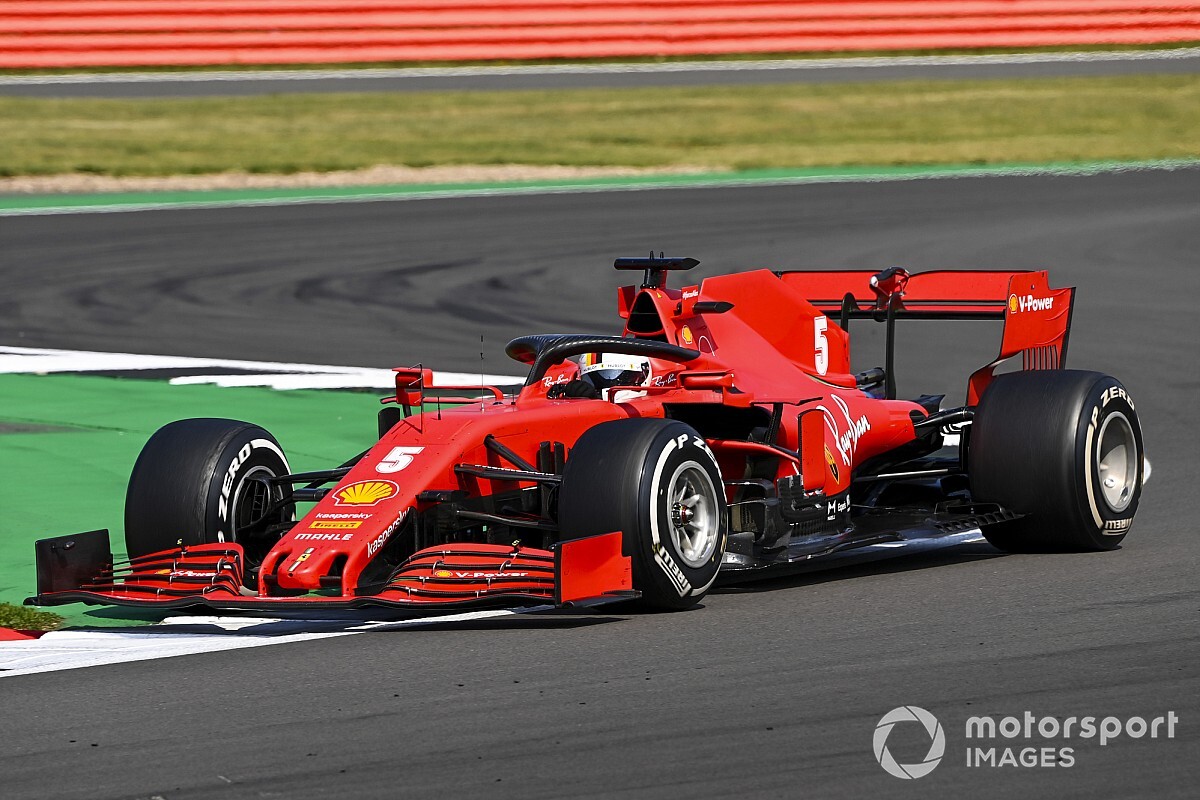 Sebastian Vettel will get a new chassis for this weekend’s Formula 1 Spanish Grand Prix after Ferrari found a “small fault” on his car after last Sunday’s race at Silverstone.

Vettel endured two difficult weekends at Silverstone across the British Grand Prix and the 70th Anniversary Grand Prix, qualifying and finishing no higher than 10th over the races.

The four-time world champion spoke of a lack of confidence with the Ferrari SF1000 car, and experienced a first-corner spin in the 70th Anniversary GP that spoiled his race.

Ferrari team principal Mattia Binotto said after the race on Sunday that a chassis change was being considered for Vettel in a bid to try and remedy his struggles.

Ferrari has now confirmed it will change Vettel’s chassis ahead of the Spanish Grand Prix at the Circuit de Barcelona-Catalunya after finding an issue.

“Sebastian will have a new chassis, because after the Silverstone post-race analysis, we spotted a small fault caused by a heavy impact over a kerb,” head of chassis engineering Simone Resta explained.

“It would not have had much of an effect on performance, but it was the logical decision to take.”

Ferrari has struggled to fight at the front of the field through the opening five races of the 2020 season after suffering a big drop in straight-line speed compared to last season.

Charles Leclerc has scored two podium finishes, and was able to take fourth place last Sunday at Silverstone after an ambitious one-stop strategy in hot conditions.

Resta said Ferrari was braced for a tricky weekend in Spain, but felt there would be a similar challenge posed by the warm conditions.

“We arrive in Barcelona knowing this will not be an easy weekend for us, given how testing went here in February,” Resta said.

“However, over the five races run so far, we have worked hard to try and improve our car’s performance and extract all its potential.

“We will obviously encounter much hotter weather with track temperatures expected to be well above 40°C.

“It will be an important factor, especially when it comes to the behaviour of the tyres, as we saw at the last two races in Silverstone.”