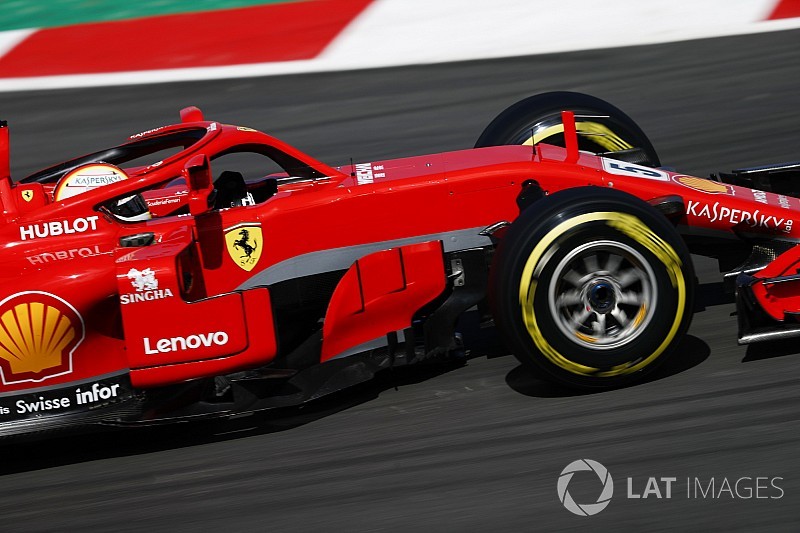 Sebastian Vettel believes Ferrari must address three key problems to ensure it does not suffer another comprehensive defeat at the hands of Formula 1 rival Mercedes.

Lewis Hamilton led Valtteri Bottas to a Mercedes one-two in last weekend’s Spanish Grand Prix, while Vettel finished off the podium after a second pitstop for fresh tyres.

Kimi Raikkonen retired the second Ferrari with a loss of power, which followed an engine change after Friday practice, to complete what team boss Maurizio Arrivabene called “a weekend in which nothing went right”.

“We were not quick enough,” said Vettel, who trails Hamilton by 17 points in the championship.

“So, if we are not able to see that then we are more than blind, because we didn’t have the pace in the first stint.

“Second, I think we struggled a little bit over the course of the weekend with the tyres.

“They changed, but they changed for everyone, so our ambition has to be that we’re better off, rather than worse off, than everybody.

“Third, I think it was a poor weekend in terms of reliability. Kimi had an issue with the engine [change after Friday] and obviously retired in the race.

“If we don’t see those [three things] then there are no excuses.”

After a difficult few races Hamilton and Mercedes clearly enjoyed improved performance in Spain, where Pirelli brought a slightly revised tyre to ease blistering on the high-energy, resurfaced track.

Vettel said Ferrari could not rely on the change in form being down to its car not suiting the circuit or the tyres.

“I’ve said many times that this team is strong and we’ve got a lot of potential, but I think we also need to make sure we address the problems we have,” said Vettel.

“It was not a good day, but it’s important these days that you understand why and what’s missing for the next races.

“We all had our updates for this race, maybe the others have brought more than us. We had different tyres that maybe suited others better than us.

“What does it help? Why find excuses? Bottom line is we were not quick enough to win, and that’s what needs to be addressed.”

The next race in Monaco is a completely different contest, one in which Mercedes was second-best to Ferrari in last year.

Vettel said that even if he achieves a “great” result in Monaco it was important the team does not forget it got a "fair beating" in Spain.

After driving again on Tuesday in the post-race test at Barcelona, he said Ferrari had been given “some ideas” to turn into reality.

“It was good to have the possibility to revisit,” said Vettel. “Now it's up to us to take action.”

Pirelli will not engage in F1 "bidding war"