Vettel: "Not fair" to say whether Leclerc is toughest teammate 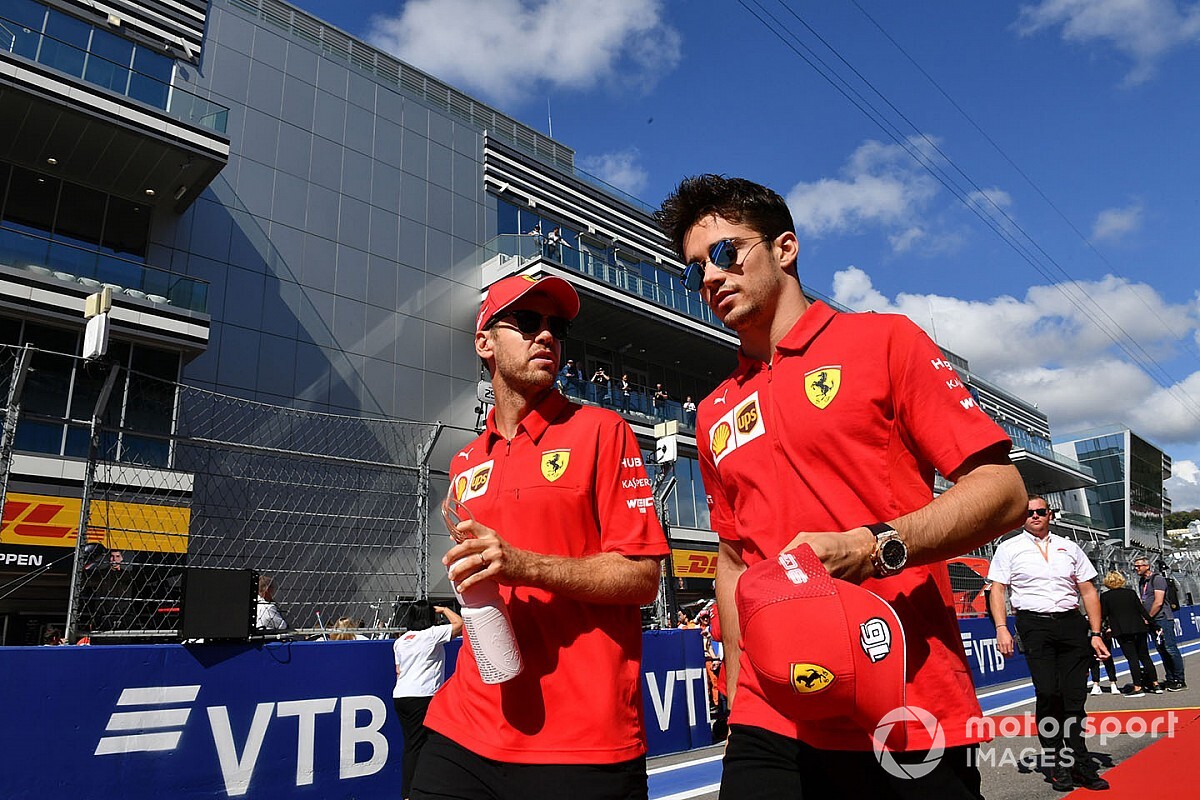 Sebastian Vettel says it’s too early for him to name Charles Leclerc as the toughest teammate he’s had in his Formula 1 career.

In his first year at Ferrari, Leclerc has taken five pole positions to Vettel's one, and he currently leads the four-time world champion by 215 points to 194.

Vettel was partnered with Nick Heidfeld on his debut with BMW Sauber, and his subsequent teammates in F1 were Sebastien Bourdais and Vitantonio Liuzzi at Toro Rosso, Mark Webber and Daniel Ricciardo at Red Bull, and Kimi Raikkonen and Leclerc at Ferrari.

“I don’t think it’s fair, it’s been too short,” said Vettel when asked if Leclerc was the toughest competition he has faced.

“Certainly he’s young, he’s very quick. I don’t think there’s anybody who doubts that. Ultimately you can’t really compare because you’d need to put Mark and Kimi and Daniel and Vitantonio and Bourdais – did I miss anyone? - in the same car at the same time.

“So it’s not fair. Certainly in terms of raw speed he’s very quick, but obviously it’s a bit early for him, it’s only his second season in F1.

“It’s very different to say Kimi or Mark, who had spent a lot of time in F1 and had a lot more experience. I don’t look at it that way.”

Vettel acknowledged that Leclerc’s pace had helped him benchmark the 2019 Ferrari when he was struggling.

“It’s good that he’s a real reference, and as I’ve said especially in the times when I struggled a little bit to really get the most out of myself and the car, then it’s good to have that, because it can also help you.

"As a team it’s good to have two drivers fighting for the same ground on track.”

Hamilton predicts F1 will keep DRS "for a while" yet