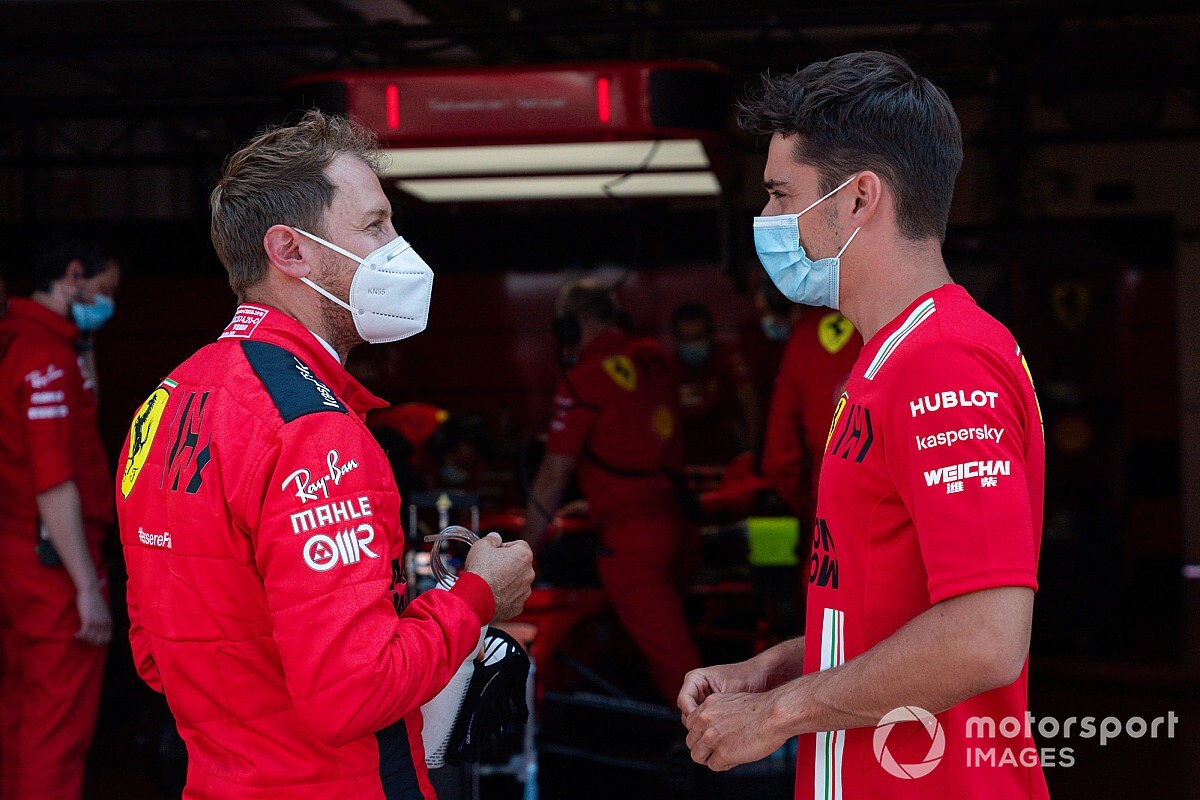 Leclerc was left furious with himself after a last-lap mistake left the door open for Sergio Perez and Vettel to beat him to the podium.

Speaking on team radio afterwards, Leclerc claimed that he had been as "stupid" as in Baku last year when he crashed on cold tyres in qualifying.

Leclerc’s error was great news for Vettel, as it handed the German his first F1 podium of the season – during what will be his final campaign for Ferrari.

Reflecting on the dynamics of what happened in the final few corners and his teammate being so angry, Vettel reckoned that Leclerc needed to put in context losing a simple podium finish against his potential to be a future world champion.

“I think having Charles as a teammate, I often see myself in him,” said Vettel. “He’s a lot younger, he’s very quick and I think the fact that -  and I haven’t had the chance to talk to him yet – but I will tell him later that being on the podium or not actually is a bit irrelevant for him.

“He has so many years ahead of him and so many podiums to come, which I’m sure of.

“It’s right that he is angry. He did a mistake and lost the podium that way but, as I said, in the big picture probably irrelevant for him.”

Although Vettel and Leclerc have not always had the best of relationships, having famously collided in Brazil last year and at the Styrian Grand Prix this season, they have worked well as teammates this season.

Vettel, who is moving to Aston Martin next year, insists there was never any personal needle over their final lap swap around in Turkey.,

“I think I’m mature enough, I never let this kind of stuff really heat up and get between us,” explained Vettel. “I’m happy for anything that he achieves and will achieve in the future because he’s a good kid.

“Obviously it was a very tough race and I think all of us were very close to losing it completely at various stages in the race. Obviously it’s extra painful when it happens in the last lap.”

Ricciardo: 2020 the most fun F1 season for me in years