Vettel: No frustration despite worst season start since 2008 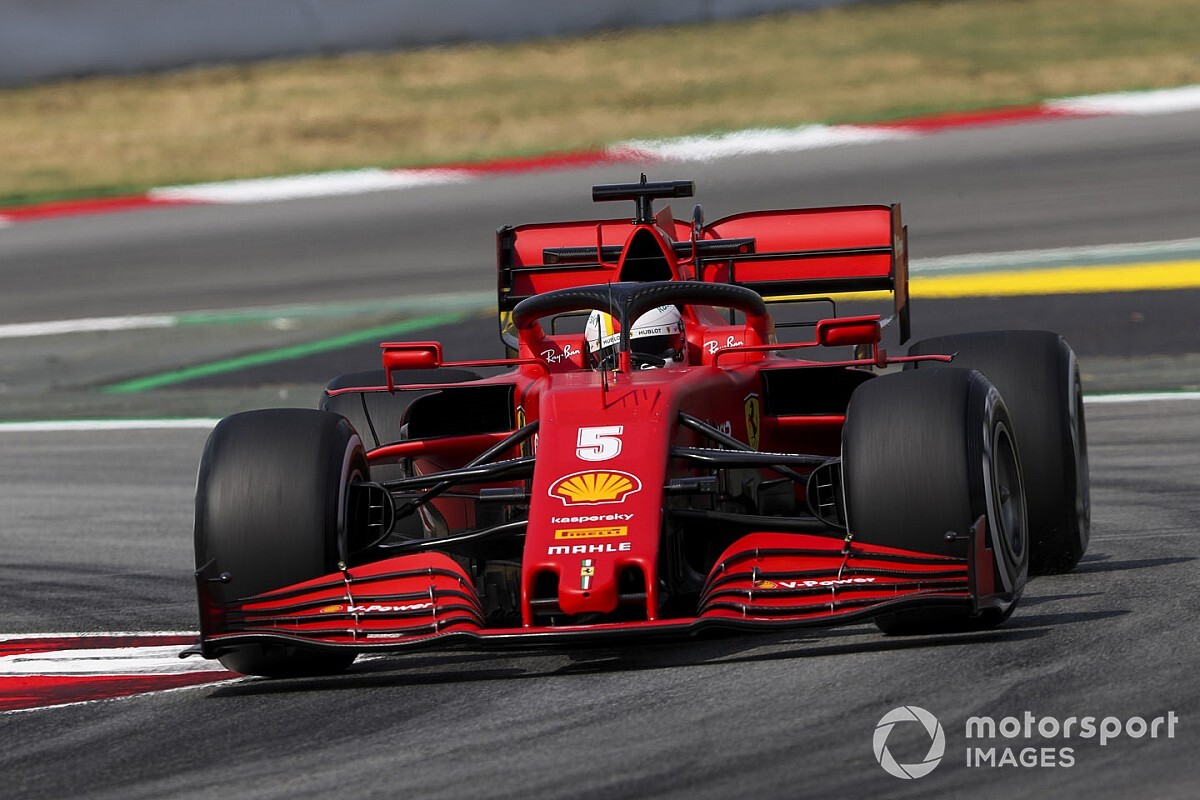 Sebastian Vettel says he feels no frustration despite making his worst start to a Formula 1 season in 12 years, but has previously “been in a happier place”.

Four-time world champion Vettel has struggled to get to grips with the Ferrari SF1000 car so far this year, failing to finish a race any higher than sixth.

Teammate Charles Leclerc has finished on the podium twice this year, and has close to three times as many points as Vettel, outscoring him 45 points to 16 in the opening six races.

It marks Vettel's worst start to a season since 2008, when he recorded just one points finish in the first six rounds - finishing P5 at Monaco - after Toro Rosso started the year with a B-spec version of its 2007 car.

Vettel will leave Ferrari at the end of the 2020 season after the team opted not to renew his contract beyond the end of the year, with his future still to be finalised.

But Vettel said he did not wish to put a label on this year when asked by Motorsport.com if he felt 2020 had been his toughest season yet in F1.

"Whatever the situation is, I am sure that I trust the people around me and the guys working on my car.

"I struggled because of a lack of confidence, and that confidence is a lack of grip, so it is not just that you feel uncomfortable driving the car, when it is coming from somewhere.

"We are still trying to understand where exactly it comes from, but at the same time we have to make progress, move on and tackle it again."

Asked how frustrated he currently felt, Vettel replied: "Not frustrated.

"As I said, I've been in happier place. I love obviously fighting at the front. I love winning and feeling that you can, you know, obviously achieve great results and that we haven't done yet.

"It will be difficult this year with the package that we have, but I think Charles has proven that still you can do good races. If you make sure you are in the right position you are also in a position to benefit from it, and then you can still get a podium.

"This is how it always has worked. And many times I've found myself with better side. Now, lately, not so much. Overall, if you sum it up, [it] is not the best season start that I ever had. But I wouldn't go as far as frustration."

Vettel was able to finish seventh at the Spanish Grand Prix last month after pulling off a risky one-stop strategy to rise from outside of the points.

The result came after some tense exchanges over team radio about strategy, but Vettel denied there was any need for a review of Ferrari's communication or planning.