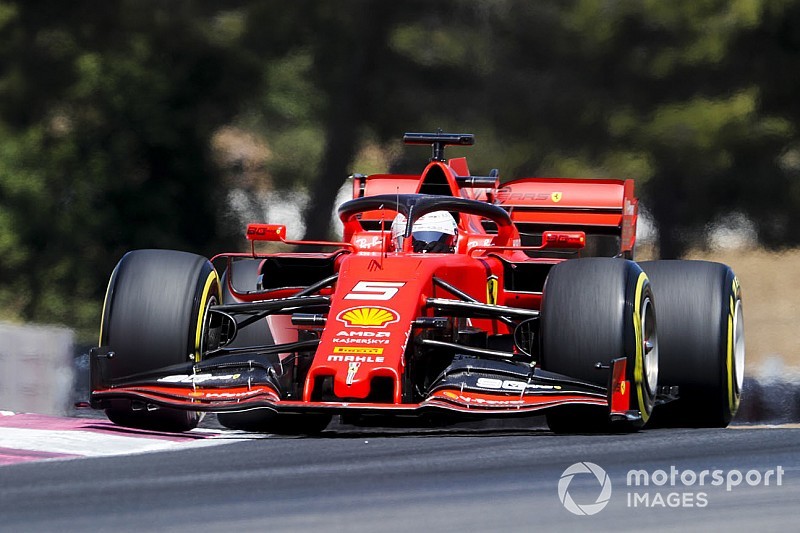 Sebastian Vettel will start the French GP from seventh on the grid after a missed upshift caught him out on his first run in Q3 – leaving the Ferrari driver under pressure with just one run in which to set a time.

On his first run in the top-10 qualifying shootout Vettel couldn’t get into fourth gear out of Turn 9, so he opted to abort the lap without recording a lap time. The German didn’t feel comfortable with his car on the second and final run, and he could not better seventh, losing out to teammate Charles Leclerc, Red Bull’s Max Verstappen and the two McLarens of Lando Norris and Carlos Sainz.

“I don't know why I missed the upshift,” he explained. “And then I lost so much momentum that it was pointless to finish the lap, so I aborted. But then on the last lap I don't know, I just couldn't feel the same car that I had maybe in other parts of qualifying.

“It was difficult for me because some laps it was really good and it was just coming, and other laps, I don't know why I didn't have the grip that I seemed to have the runs before. So, a shame that it happened in Q3, it would've been better to be slower in the other segments, but that's what it is today.

“Not ideal, obviously a bit of a funny session, I didn't get a consistent feel for the car, and didn't extract the maximum today, so can't be happy with that. But on the other hand, I’m looking forward to tomorrow, I think it's much more straightforward and should be more consistent in the race. So let's see what tomorrow brings.”

Vettel remains optimistic about his chances of recovering ground in the race, having finished fifth last year despite falling to the rear of the field after a first-corner collision.

“We'll see, I mean if I pass as many cars as last year, then I'm going to win the race!” he quipped. “It's a long race, it will be difficult to manage the tyres, to be honest. But I'm sure that in the race things settle down a little bit more and I should have a better feel.”

Regarding the McLarens that will start ahead he said: “I think they showed some good pace this weekend, so it won't be easy, but I think we are faster. Tomorrow I think we have good pace to have a good race.

“Obviously Mercedes is far away but we should be in the mix with Red Bull.”