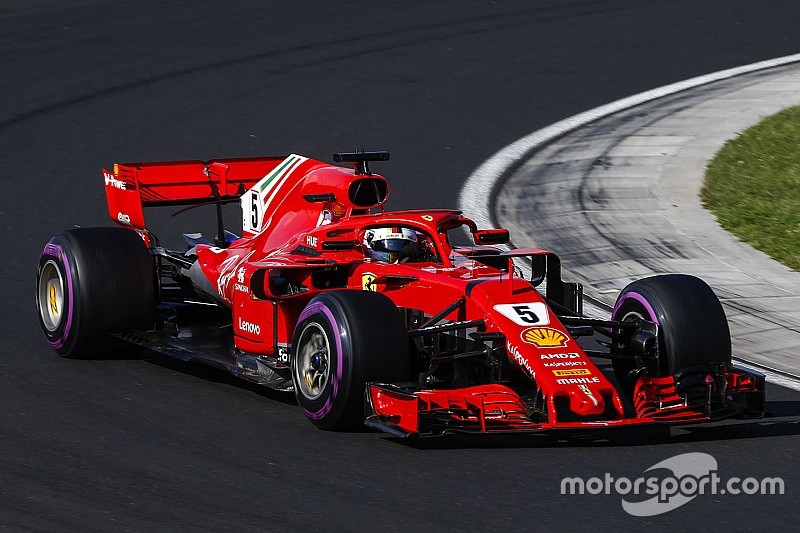 Sebastian Vettel has promised Ferrari has “a lot of potential to unleash” when the Formula 1 season resumes after the summer break.

The four-time world champion trails Mercedes’ Lewis Hamilton by 24 points after last weekend’s Hungarian Grand Prix, while Ferrari has a 10-point deficit in the constructors’ championship.

Ferrari has made strong progress with its car and engine as the season has developed and Vettel should be ahead in the championship but for his crash while leading last month’s German Grand Prix, which allowed Hamilton to steal an unlikely victory.

Both manufacturers will be introducing what should be their final engine upgrades of the season at either the Belgian or Italian GPs after the break.

Asked by Motorsport.com about the momentum in the title battle, Vettel said: “As we’ve seen this year the pendulum seems to swing once this side, once that side.

“If it’s like this, consistency is the key. I didn't do myself a favour [in Germany] but I think it’s part of racing, stuff happens.

“Compared to last year, we lost the championship I think because our car wasn’t quick enough to be a match in the final part of the season, despite what happened with the DNFs.

“This year has shown so far that our car is more efficient, our car is stronger and still has a lot of potential to unleash.

“I’m quite confident with what’s sitting in the pipeline that we can improve. It should be an exciting second part of the year.”

Last season Vettel’s victory in Hungary meant he headed into the summer break with a 14-point lead over Hamilton, but Ferrari’s challenge faltered.

Hamilton went on a three-race winning streak when the season resumed and took further victories in Japan and the United States.

By contrast, Vettel won just once more as a startline crash with teammate Kimi Raikkonen and reliability problem in Japan helped curtail his challenge.

Hamilton said the ups and downs experienced so far in 2018 countered any expectation the second half of the season would go like last year and he did “absolutely not” feel like he was beginning to take control of the title fight.

“It’s far too early,” he said. “I don’t believe there’s ever a moment that you’ve got your hands on the title or the trophy.

“We’ve got a long, long way still to go. A lot can happen but what’s really important is that we continue to keep up the pressure and keep working as we have done until now.

“We came to the last race, they kind of blew us away a little bit in qualifying, they would have done here had it been dry.

“I’m not really certain what to expect.”