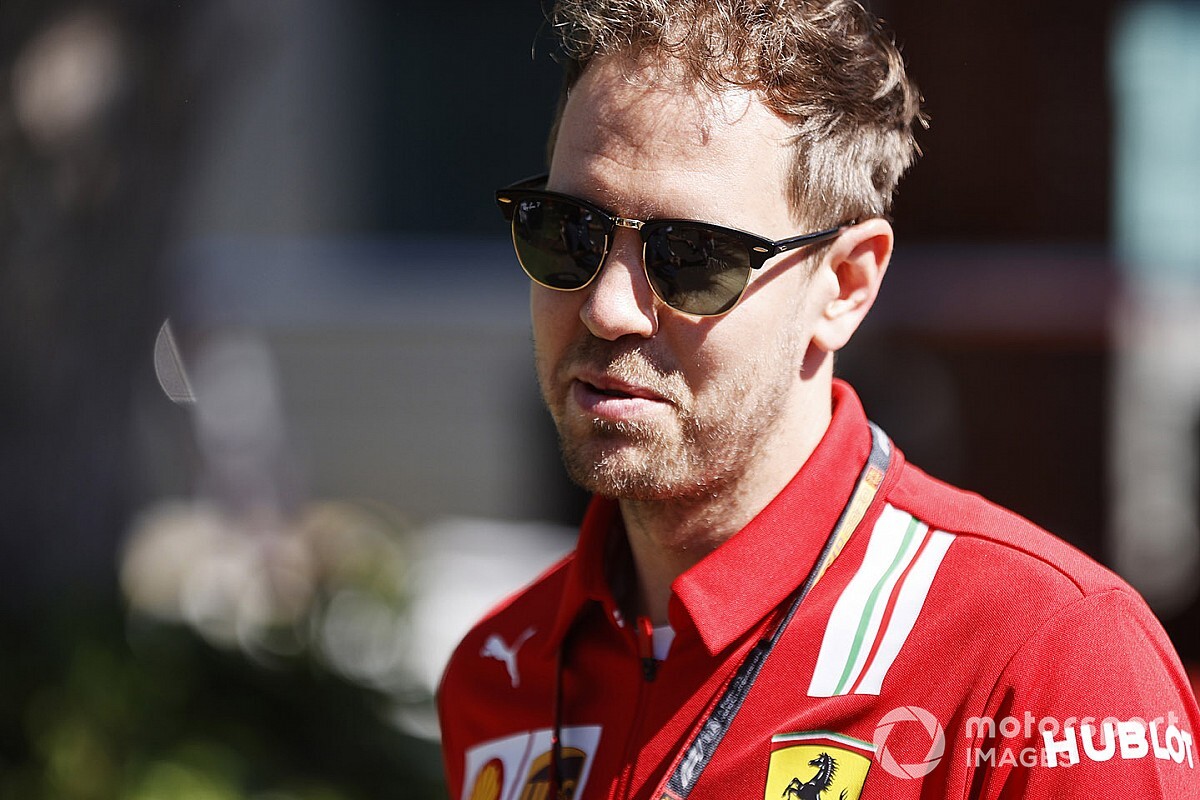 Ferrari Formula 1 driver Sebastian Vettel has revealed that money "is not the most important thing” in his discussions with Ferrari about a new contract.

While 2019’s breakout star Charles Leclerc signed a long-term contract extension with Ferrari, keeping him in Maranello until the end of 2024, Vettel’s future at the team is less certain.

The contract of the four-time world champion will run out at the end of 2020.

Vettel, who joined Ferrari in 2015, has been in talks with the Scuderia over a new contract in recent weeks. Ferrari team boss Mattia Binotto stated in February's Barcelona pre-season test he was confident Ferrari and Vettel "will come very soon to an agreement.”

In an exclusive interview with Motorsport.com, Vettel has indicated that money won’t be the most important factor in those discussions.

“It depends what's important to you, what drives you,” Vettel said. "And that's fair. If money is your motivator then it can drive you very far, and make you very successful.

"There's a lot of sportsmen, businessmen that thrive for money. I think the question really is whether people have a sense of enough. That's not just valid for Formula 1.

“We are putting our life in a way also on the line, then you need to show some appreciation for that. Our careers also are shorter than some other careers. I think the really important thing is that you are happy, that’s the key.

"Obviously, F1 is a bit of a circus and spoiled circus. Because they have a lot of money involved and money tends to spoil people. I think on average that's true. But the question is, like I said, if you have a sense of enough.”

Vettel, who turns 33 this summer, revealed he is also pondering his future after Formula 1.

He doesn’t rule out racing in other championships following the conclusion of his F1 career, which started in 2007.

“If I'm realistic, I'm not going to be here in ten years,” he added. "So I think this is something you naturally start to think about.”

"I think I'm in a very fortunate position that I can probably try and do a lot of things, once I have decided to stop racing in F1. Maybe race something else, maybe do something different in motorsport or do something completely different outside. I have some ideas, but I haven't decided. I'm quite relaxed."

The latest issue of Autosport magazine includes an in-depth feature looking at Sebastian Vettel’s current situation at Ferrari - where he feels he still has a “mission” to complete.

As well as dealing with the ever increasing threat from his young superstar team-mate Charles Leclerc, Vettel must now help Ferrari recover its position in the Formula 1 pecking order when the 2020 season does get underway.

You can subscribe to Autosport magazine - published every week - here.