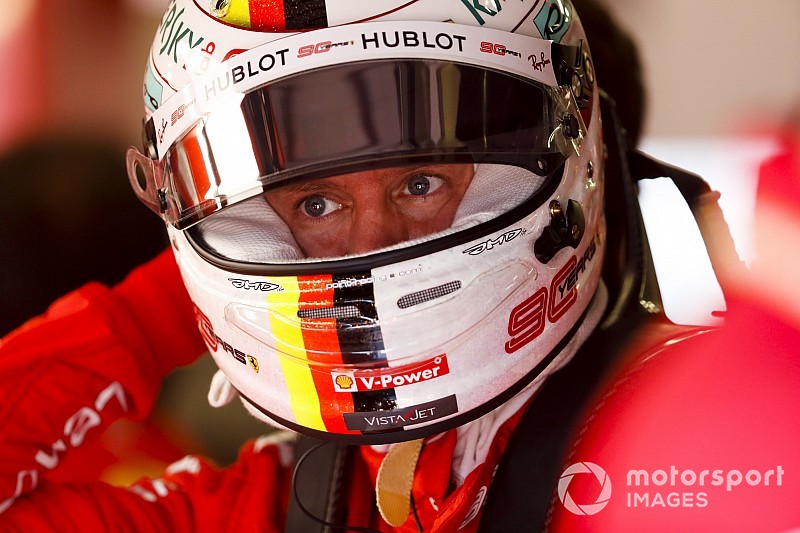 Sebastian Vettel will start the Austrian Grand Prix ninth after an engine-related problem stopped him from setting a laptime in the final part of Formula 1 qualifying.

Ferrari led the way through Saturday practice at the Red Bull Ring with Vettel’s teammate Charles Leclerc, and occupied the top two spots heading into the final phase of qualifying.

However, as Q3 began, Ferrari mechanics began to work frantically on the left side of Vettel’s car.

As his rivals took to the track, Vettel remained stuck in the garage – and then vacated his Ferrari with a few minutes left of the session.

While he was left without setting a time, Leclerc went on to score his second pole of the season.

Ferrari said immediately after qualifying that Vettel’s car had suffered “a problem with the air pressure line to the engine”.

It is not yet known what changes this may trigger to solve the problem.

Vettel will gain one place on the grid thanks to Kevin Magnussen’s five-place grid penalty for a gearbox change. The Haas driver had qualified fifth-fastest.

Hamilton under investigation for Q1 incident