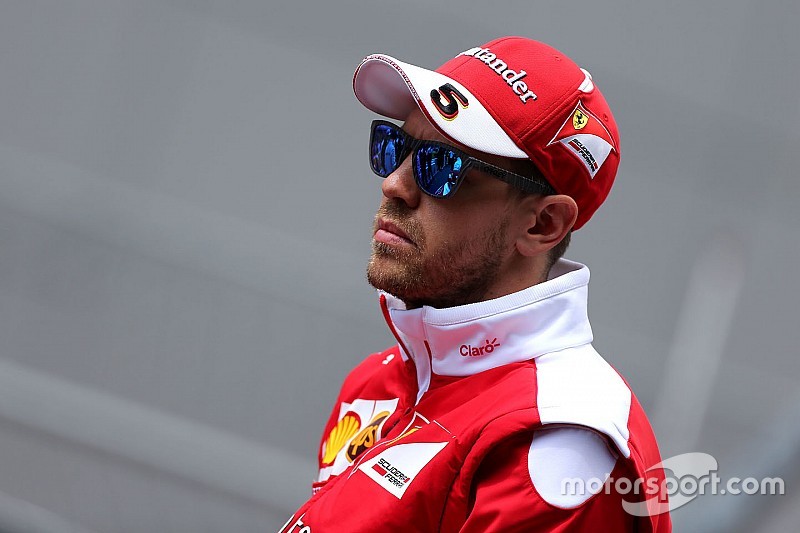 Sebastian Vettel remains convinced that he can win the Formula 1 championship this season, despite the latest setback at the Spanish Grand Prix.

The German's Ferrari team had gone in to the Barcelona weekend hoping to deliver its first win of the campaign amid growing pressure from president Sergio Marchionne.

But even though Mercedes suffered a double retirement, it was Red Bull that capitalised as Max Verstappen produced his maiden F1 win.

Ferrari's hopes were effectively dashed by it getting qualifying wrong, and it has devoted much of its effort at this week's Barcelona test to trying to get a better understanding of what happened and how it can ensure there are no repeat errors in the future.

But despite the situation he finds himself in, Vettel said on Tuesday that there was no reason to believe he or Ferrari were out of the title chance.

When asked if he can beat Mercedes to the championship, Vettel said: “I think yes, we can.

“But we try very hard and if there is a chance to win, we try to win. Our first step towards that potential championship is the race in Monaco. After Monaco, there is Canada. So we go step by step not trying to look too far ahead, but overall I am convinced that the chance is there.”

Vettel reckons that Ferrari's potential is greater than it has showed so far, but key is better exploiting its tyre performance on Saturdays.

That is why this week's ability to test and experiment with the set-up has come at the perfect moment for the team.

“I think it is a unique chance right after the grand prix to test at the same track, with more or less the same conditions,” he explained.

“It is not a big secret that we struggled a bit, so we tried some stuff this morning. We need to have a good look: but it is not the only thing that we are here for today. You try to do everything in one day.”

And he is sure that if Ferrari improves Saturday form then the growing form of Red Bull will not be too much of a concern either.

“Well, if we get Saturday right then there shouldn't be too much of a threat,” he said. “They have kept improving and so did we. But I think it is clear that Saturday didn't go according to what we thought and what we hoped.

Mercedes and Red Bull max out on ultrasofts for Monaco