Why Vettel is key to turning Aston into a success story

Ever since Sebastian Vettel’s exit from Ferrari was confirmed in May, the four-time Formula 1 world champion has publicly remained relaxed about his future.

The eagerness from F1 fans - and, naturally, the media - to learn about his next step was always met with composure from Vettel. This was not a decision he was going to take lightly.

Following Sergio Perez’s announcement on Wednesday evening that he would be leaving Racing Point at the end of the season, confirmation of Vettel’s future plans looked imminent. The speculation linking him to the team for its Aston Martin rebrand in 2021 had been lingering for a couple of months, but at last, an announcement was on the cards.

And on Thursday morning, F1’s worst-kept secret became official: Vettel would be joining Aston Martin F1 Team on a multi-year deal from 2021.

It marks a big change of pace for Vettel after a decade racing with F1 powerhouses, in the form of Red Bull and Ferrari. But this is not simply a case of finding any landing spot to prolong his F1 career.

Aston Martin could offer Vettel the perfect next step to write the next chapter of his F1 story.

"It’s a new adventure for me with a truly legendary car company,” Vettel said in the team’s announcement. “I have been impressed with the results the team has achieved this year and I believe the future looks even brighter.

"The energy and commitment of Lawrence Stroll to the sport is inspiring and I believe we can build something very special together.

This goes beyond words in a press release. There is a real commitment from Stroll to build Aston Martin into a real success story in F1, with the signing of a four-time world champion being the latest statement of intent.

The construction of a new factory at Silverstone and upgrade in facilities shows this is a team will not be afraid to spend big and push to the limit of the upcoming budget cap. It may currently lack the resources of a Red Bull or a Ferrari, but the foundations are being laid to build something mighty.

That in itself will be of huge appeal to Vettel. When he joined Ferrari in 2015, the aspiration was to get a team built around him in a similar fashion to Michael Schumacher in the early 2000s. But those plans never came to fruition, with attention finally shifting to Charles Leclerc amid his 2019 emergence, leaving Vettel with little more of a duty than being a driver. 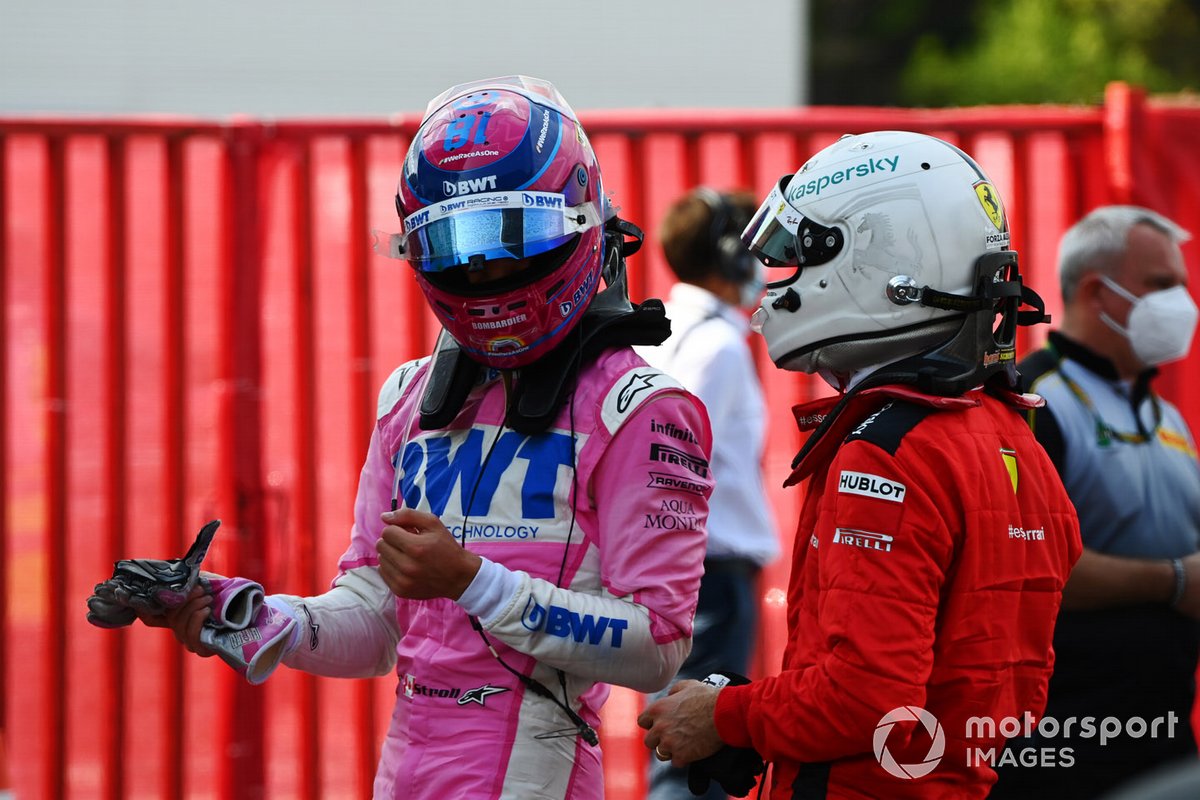 At Aston Martin, Vettel will be so much more than that. He will be expected to lead the team from the very start, and help young teammate Lance Stroll build on his impressive 2020 campaign to date. As experienced as the outgoing Perez may have been, he has not been embedded within operations capable of winning championships for the last 10 years. Vettel has. It is a contribution that holds enormous value.

All of that will speak to what Vettel wanted from his next move in F1. He will be more valuable and more of a centrepiece to Aston Martin’s F1 project than he is now at Ferrari. He won’t just be wanted. He will be needed.

At 33, Vettel is hardly near retirement age. Despite his suggestion that he could spend next year “on the couch” or even retire completely - something few would have begrudged him for, given his young family - he has remained eager to keep racing and keep fighting for trophies. As difficult as the final year with Ferrari is proving to be, Vettel is showing no signs of throwing in the towel at Maranello. It’s a strength of character that has won him praise from Lewis Hamilton, and speaks to the value Vettel can bring to any F1 team.

It is not just the appeal of building up a fresh F1 project that will have intrigued Vettel. It’s also the chance to bring success to a brand like Aston Martin, which has such a rich heritage in motorsport. Vettel is a sucker for car history - even if he coyly dodged a question about his favourite James Bond car in Hungary - so the chance to be part of Aston Martin’s future under Stroll will have been hugely attractive.

There is also the short-term gain that is on offer to Vettel. Rather damning evidence of Ferrari’s difficult 2020 campaign is that joining Aston Martin will actually be a step up in terms of pure performance, given Racing Point sits two places and 21 points further up the constructors’ championship classification.

The ‘pink Mercedes’ may have been controversial, but there is no denying it is a quick car, with the carryover into 2021 meaning Vettel will get the chance to race the RP20 himself. Knowing he only has nine more races with the troublesome Ferrari SF1000 will surely give Vettel some peace of mind heading into next year.

As much as joining Aston Martin is about long-term thinking, with real success not possible until the new regulations come into force, the same would have been true had he remained at Ferrari. So there is no enormous loss in that regard.

Things are also likely to be much more straightforward for Vettel at Aston Martin than at Ferrari. There won’t be the same internal politics. He has been friends with team principal Otmar Szafnauer for many years, and the hands-on approach Lawrence Stroll takes with the team means Vettel won’t have an array of senior figures to answer to as he does now at Ferrari.

Although there are natural benefits to racing for big organisations and teams such as Ferrari, Aston Martin will offer Vettel a far more streamlined and simple structure to work within. That could be welcome relief after five years in the Maranello pressure-cooker.

It is also welcome news for F1 that one of its biggest names and most influential figures will remain on the grid. Vettel is a director of the Grand Prix Drivers’ Association, and is one of the most hands-on members of the field on important matters - as seen in the recent anti-racism demonstrations that he was eager to continue. Not having a driver of his experience and influence would have been a great loss to F1 as a whole.

Vettel now has the chance to give his heart to a brand new team and project from 2021. His spells with Red Bull and Ferrari showed just how much he invests ever fibre of himself into the team he races for. Aston Martin will be no different.

“I still have so much love for Formula 1 and my only motivation is to race at the front of the grid,” Vettel said. “To do so with Aston Martin will be a huge privilege.”