© 2021 Motorsport Network. All rights reserved.
TV Buy tickets Store
Previous / Norris: Back pain caused by "being out of F1 car for so long" Next / Hamilton has private chat with F1 drivers who didn't take a knee
Formula 1 / Breaking news

Sebastian Vettel has admitted that he is in "loose talks" with Racing Point about a Formula 1 drive for next year, but insists he is not under pressure to make a quick decision. 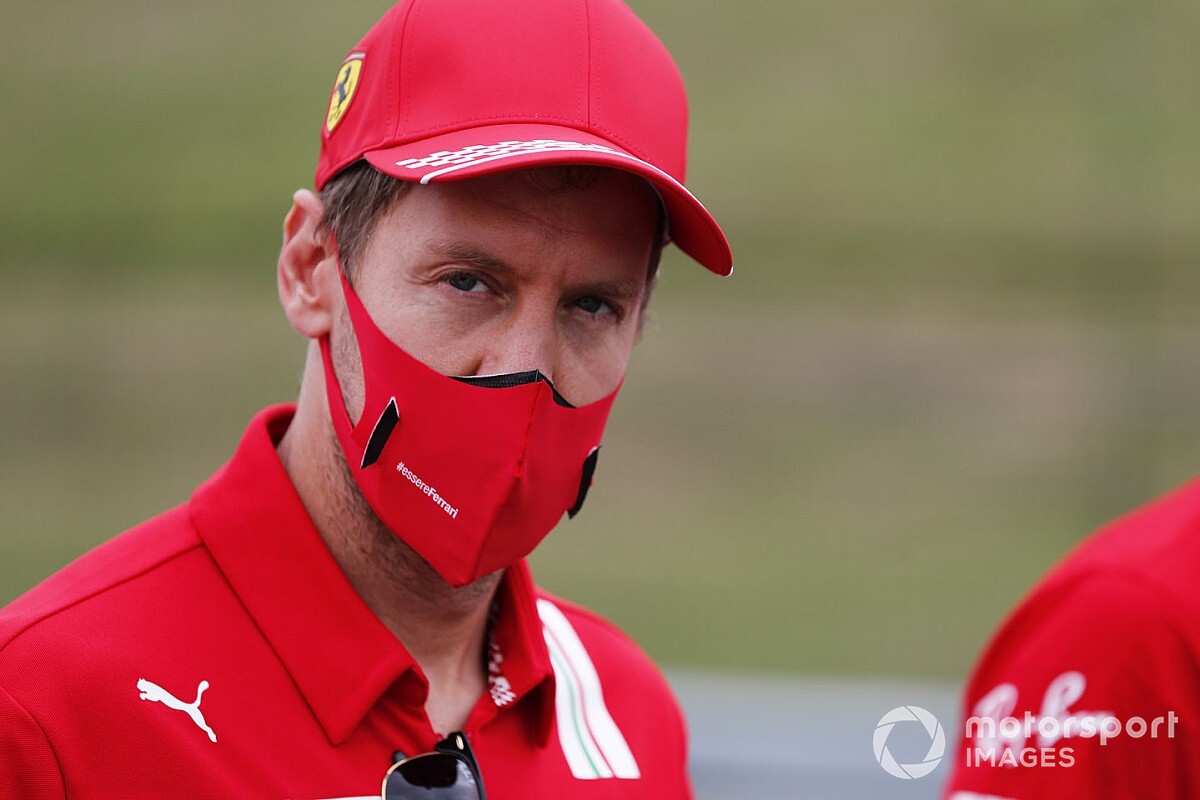 Speculation over the past week has suggested that Vettel has an offer on the table from Racing Point to join it when it becomes Aston Martin in 2021.

The likelihood is that he would replace Sergio Perez, with sources suggesting that the Mexican can be replaced if the team activates an exit clause in his long-term contract by the end of this month.

Pushed on the links with an Aston Martin future at the Hungaroring on Thursday, Vettel played down talk he was poised to sign a contract, but did confirm that discussions are taking place.

"Well, at this stage, I think it's talks," he said. "I said last week that obviously I've been in talks with Renault for example, so I think it's also just talks.

"I think at a later stage with anyone, I think then it would get a bit more concrete. But at this stage the truth is that there is nothing to announce and nothing more concrete than just loose talks."

Although the possibility of a July deadline means there is some time pressure on Racing Point to decide what it wants to do, Vettel himself said he did not feel a call from his side was urgent.

"It will probably take some time, most importantly for myself to make the decision, the right decision for myself," he said.

"And then once there is something to announce, something to say, then I think that will be the right time in the future to do so.

"So I'm not pressured or feeling pressure to make my decision to continue."

Asked by Motorsport.com if he felt that Aston Martin was now his only realistic chance of securing a competitive ride for 2021, he said: "Well, I think there's two ways to look at it.

"One is on paper obviously, which seats there are and which are not. I think for that I probably have too little information in terms of contracts and what are people's contracts and so on.

"But the other one is, I think I've been around for a long time and you never know. Obviously things can always change and, I think, irrespective of that, I need to make the decision myself and then obviously see whether there's something suitable in that direction."