The Aston Martin Formula 1 team is to lodge a notice of intention to appeal after Sebastian Vettel was disqualified from his second place in the Hungarian Grand Prix over a fuel issue.

In scrutineering checks after the race the FIA could only retrieve 0.3 litres of fuel from the car, when the rules mandate that one litre should be left in the tank for sampling. This led to Vettel's disqualification from the Hungary race results.

The team believes that 1.74 litres of fuel should have been in the car, and thus there are still 1.44 litres in the system that the FIA could not retrieve.

Vettel had stopped two corners from the end of the in-lap after the race after suffering what the team believes was an issue with the lift fuel pump. It also believes that the pump failure could explain why the fuel has not been found.

The car will remain impounded in the FIA pit garage in Budapest overnight and further work to find the missing fuel will be carried out once the car is transported to an FIA technical facility in France on Monday.

At intention to appeal in effect buys time and allow team to consider its case before it formally decides to go ahead with the appeal.

“I can confirm an intent to appeal,” team principal Otmar Szafnauer told Motorsport.com. “So once we learn more, then if we have grounds we will appeal, and if not, we'll drop it. But we have 96 hours.

“By all of our calculations, there should still be 1.44 litres of fuel left in the car after the 300 millilitre sample was taken.

“And we just have to show the FIA that it was in there, and 300 millilitres is enough for their fuel sample. And that will be the basis of the appeal.

“So the car will be impounded. So we'll just go in and find the fuel and measure it. We'll figure it out.” 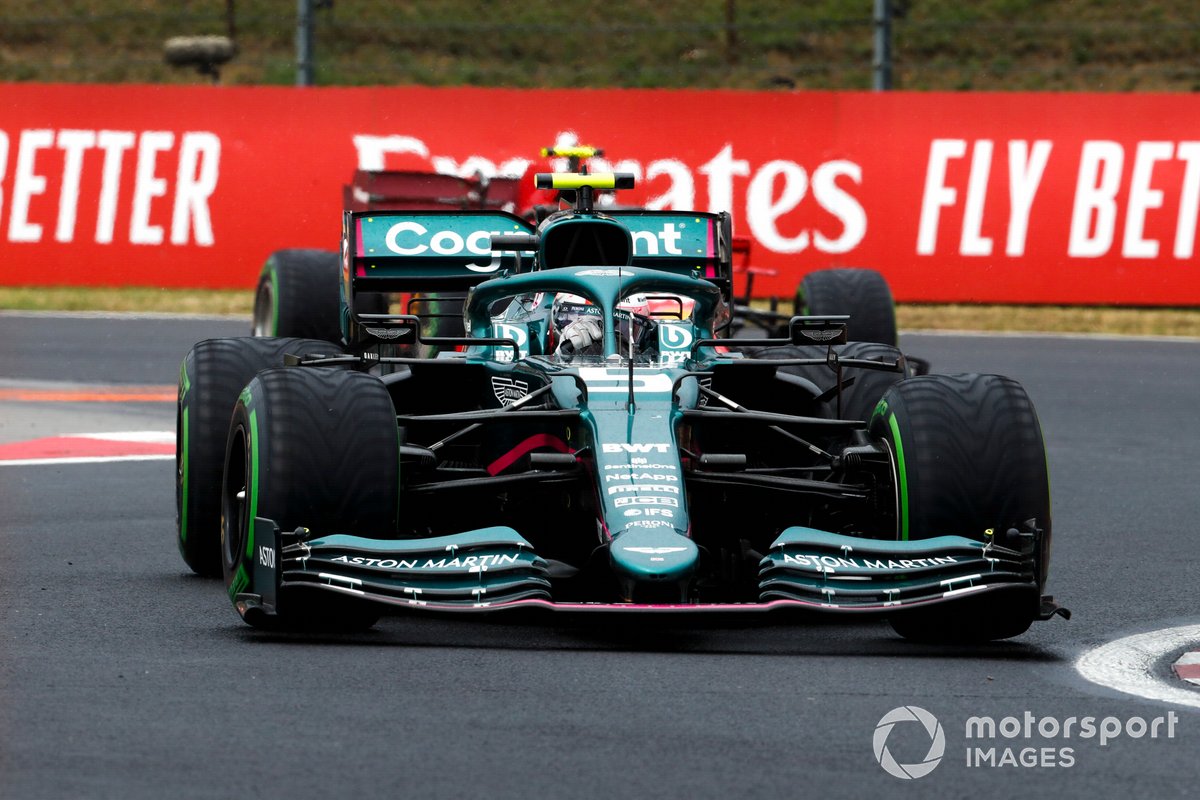 Regarding the lift pump failure he said: “It looks like, I don't know, we haven't taken it apart yet. But for some reason the lift pumps wouldn't get the fuel out of the car.”

The team can calculate how much fuel is in the car because it knows how much went in before the start, and because the FIA fuel flow meter provides an accurate official record of what was used during the race.

“We measure the fuel that goes in,” said Szafnauer. “And the fuel flow meter that we have in the car, which is mandated by the FIA, measures how much fuel gets used.

“So the difference between what went in, and what's used, is what's left. And that's how we know there's 1.74 litres left.

“We have that, the FIA work to the fuel flow meter, they have all that data, we supply them with the data of how much fuel we put in, they have the ability to check that at any time. So all that data is available.”

The problem for the team is that the rules state clearly that a litre of fuel has to be physically retrieved from the car, Szafnauer noted: “It is an old rule that goes back to the days before we had all this metering and all the measurements.”