Vettel apologises to Raikkonen for Turn 1 crash at Spa 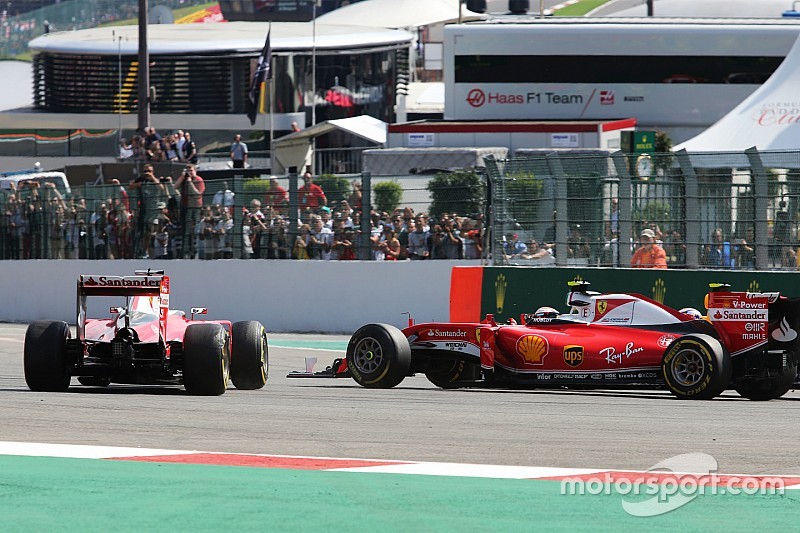 Sebastian Vettel has apologised to Kimi Raikkonen for their clash at the first corner of the Belgian Grand Prix.

Vettel and Raikkonen tripped over each other at Turn 1 of Spa-Francorchamps, as the pair found themselves battling with Max Verstappen as the Dutchman tried to make up for a poor start.

Many people suspected that Vettel had been mostly to blame for the trio coming together, as he had not given enough room to the two inside cars.

And after looking at the video footage of the incident, Vettel had said sorry to Raikkonen.

Responding to the apology, Raikkonen said: "Obviously it was an unfortunate thing. He said sorry and I said okay, we go forward. It wasn't ideal for us all three to be involved, but that is how it goes sometimes. For sure next time we give some more room."

Vettel said that he only gave Raikkonen so little room because he did not realise that Verstappen was trying to regain places down the inside.

The German added: "There is not so much to talk about, and it is clear what happened. I thought there was Kimi on the inside but it turns out there were three cars.

"The room I gave Kimi was not for three cars. Max was out of the fight but then he thought he was not. I cannot see much in the mirrors. I could see Kimi was there and I was slightly ahead. If I had to do it again of course I give a bit more room and we make it.

"It was a pity for all three to be involved and not to come out of the corner being able to race for the podium because of that."

Raikkonen to Verstappen: "F1 is not the place for payback"