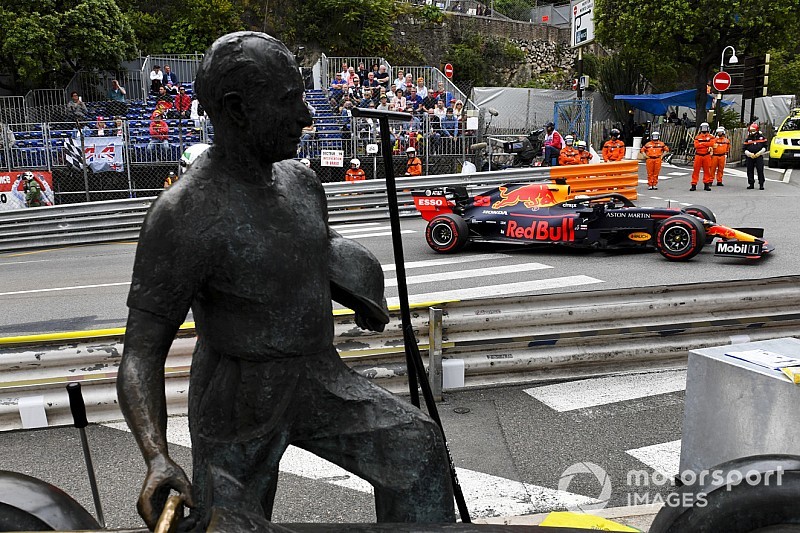 Max Verstappen's practice one pace offered a glimmer of hope that Mercedes can be challenged in Monaco. But then the rest of his day went awry, so what's his full potential?

After Mercedes followed up its five consecutive one-two finishes with first and second place in 'Friday' practice for the Monaco Grand Prix, you might think this guarantees more of the same weekend. But there was at least the hint of a possible threat – and it wasn't from Ferrari.

Max Verstappen split the two Mercedes drivers in the morning practice session, but was unable to complete a performance run in the afternoon thanks to a radiator leak caused by debris flying into the airbox. At this point, Verstappen was still on his first set of softs. When he hit the track for seven laps late on he didn't make a proper qualifying simulation attempt.