Max Verstappen's maiden Formula 1 championship has been made more valuable by the fact he had to beat an in-form Lewis Hamilton, reckons Red Bull team boss Christian Horner.

Verstappen benefited from a late safety car restart to overtake Hamilton for a victory that secured him the crown in the Abu Dhabi Grand Prix on Sunday.

And although the race ended in controversy, as Mercedes protested the result over its belief the FIA did not follow its own rule book in the timing of the safety car restart, Red Bull thinks the events should not overshadow the campaign.

With Verstappen having won 10 races in total this season, and having been the first driver in the turbo hybrid era to eclipse Mercedes, Horner reckoned that on balance the Dutch driver was a more than worthy winner.

And he thinks that the fact the title came through hard work and skill, rather than as the result of Hamilton and Mercedes being off form, was important.

"I think you have got to look at this championship on balance over 22 races," explained Horner.

"Max has been truly outstanding this year. I think that he got unlucky at times, but he always kept his head down.

"He's driven with heart, with passion, with great skill, and determination. And I think he's a really deserving, world champion.

"I think that the fact that he's managed to take on and beat Lewis, who obviously is a formidable and the most successful driver of all time, only makes it even more valuable.

"I think all credit to Lewis. This season he has driven again outstandingly well and I'm absolutely delighted with the result." 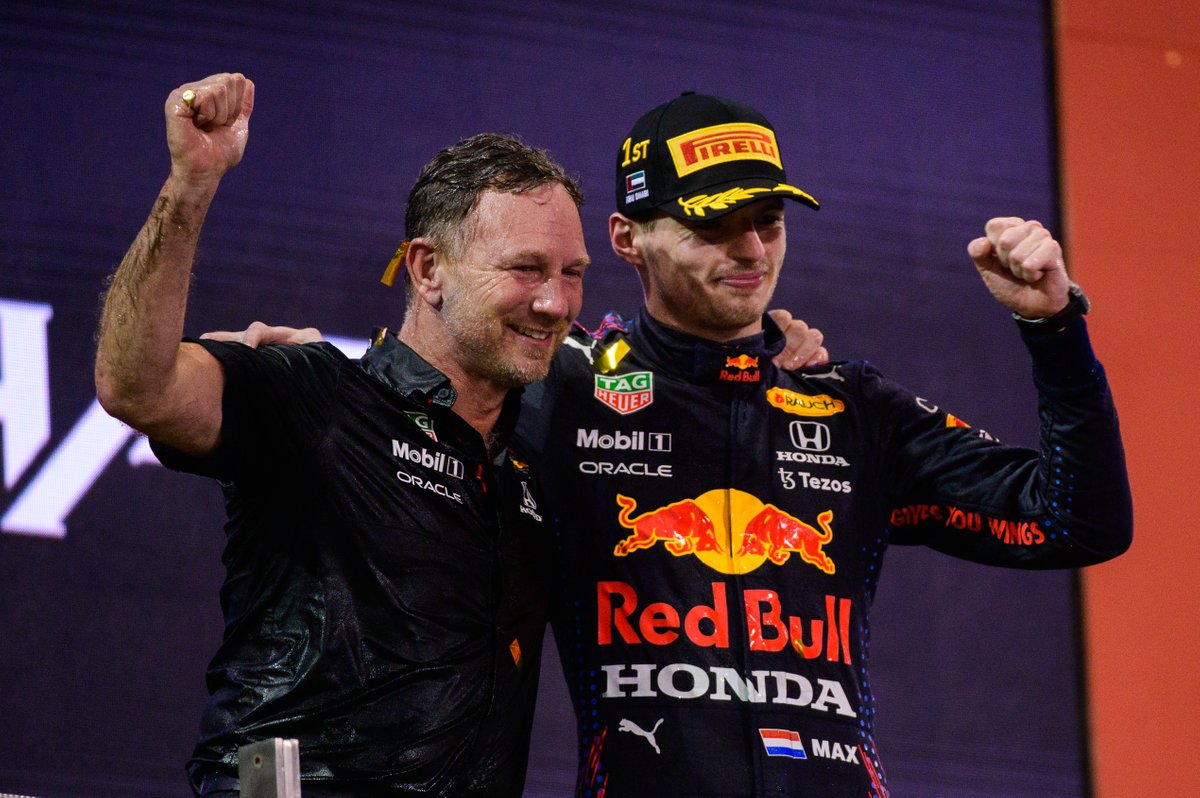 Horner had told Sky in the closing stages of the Abu Dhabi race that his team needed a miracle for Verstappen to win the crown, with Hamilton looking comfortable in the lead.

But even he admitted he could not have expected events to turn out the way they did.

"I think I said we needed something from the racing gods, and they answered: so thank you to them," he said.

"Look, we're just incredibly proud of Max. You have to remember he's a young man that's living his dream. He's taken on the best in the world, the best statistically that there's ever been.

"He's fought tooth and nail every single grand prix, and he's been outstanding this year. For a 24-year-old to do what he's done, I think that's pretty impressive."

Horner admitted that the events on Sunday had left him experiencing a whole host of emotions, from seeing Verstappen make a poor start, to the frustration over a first lap call from F1 race director Michael Masi over Hamilton cutting across a corner, and then to the final safety car decision.

"It's been an emotional roller coaster," said Horner. "It started with a bad start and Lewis getting a great start, and they had a bit more pace than us today.

"They elected to do a one stop, and we went on to the two-stop. And then, when [Nicholas] Latifi crashed, we obviously elected to take another set of tyres.

"They got the race going again and Max had to make it count. He had one lap to do it and he nailed it.

"There was the elation of that moment and then obviously the [protest] summons started coming through for the safety car, and then another one for other stuff.

"So it was a tense couple of hours. But hats off to the FIA and the stewards who I believe have made the right decisions."