Max Verstappen says worn tyres were the reason why he ran wide at Turn 4 during his defence against Lewis Hamilton in Formula 1’s Brazilian Grand Prix.

The Red Bull driver's actions in forcing Hamilton off track as they battled for the lead on lap 48 at Interlagos has caused some controversy – with Mercedes in particular believing it should have been penalised.

But Verstappen himself is clear that he feels he did nothing wrong, and says he only ran wide off the track because of a lack of grip caused by old tyres.

Asked by Motorsport.com for his perspective on the incident, Verstappen said: "We both, of course, tried to be ahead into the corner and so I braked a bit later to try and keep the position.

"The tyres were already a bit worn, so I was really on the edge of grip. That's why I think I was already not fully on the apex, so then it's a safer way of just running a bit wide there.

"In a way I was, of course, happy that the stewards decided that we could just keep on racing because I think the racing in general was really good."

Pushed later on why he felt this incident was so different to when Lewis Hamilton washed out from the apex at Copse during their crash at the British Grand Prix, Verstappen replied: "I don't think it's the same, so I don't know what he is referring to.

"It's a completely different corner as well. So yeah, there's not much more to comment, it's not the same." 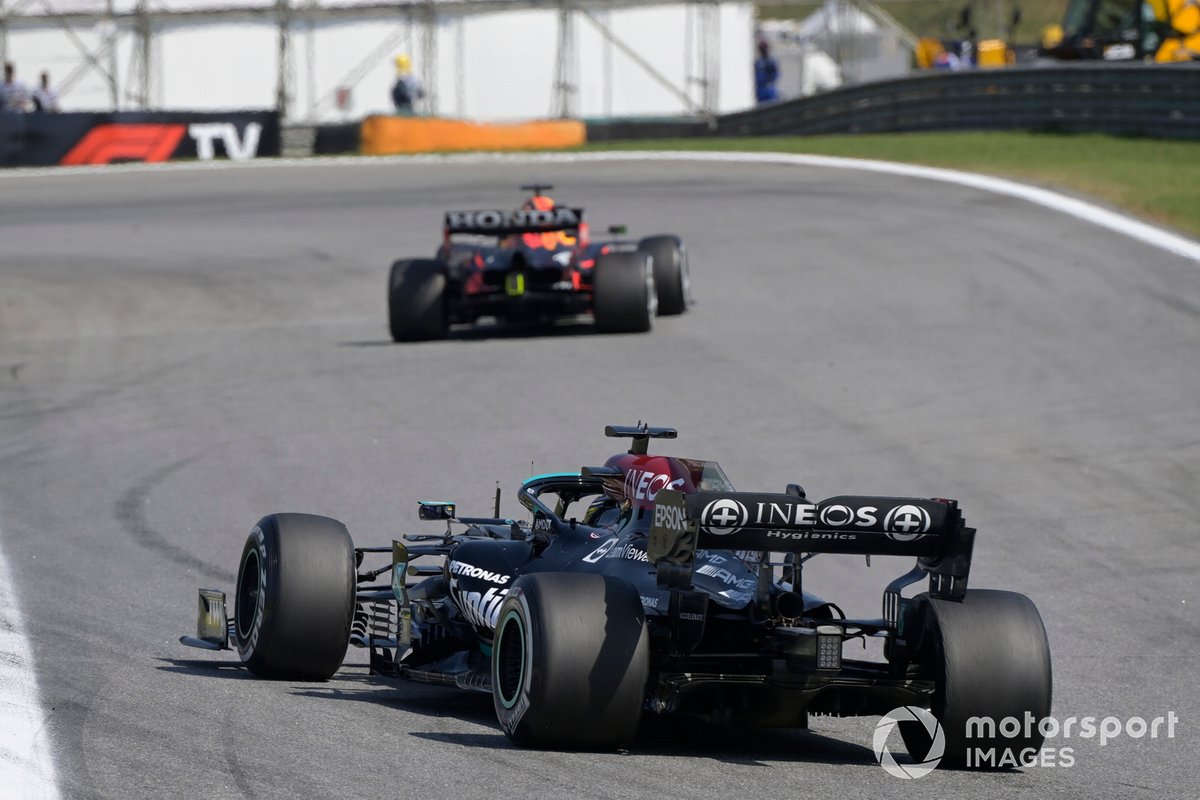 While Hamilton labelled the Interlagos move "crazy" over team radio at the time, he later explained that he was just thankful that the pair had not collided.

"I think I was ahead initially, and I think he held his ground and we both ran out of road," explained the Mercedes driver who went on to win the race.

"Well, I think he was running out of road, so I obviously had to avoid to go out of road.

"I didn't think too much of it and obviously I'll have to watch the replay, but it's hard battling and wouldn't expect anything less really. We didn't touch wheels, which is good."