Verstappen wins Sportsman of the Year award in the Netherlands 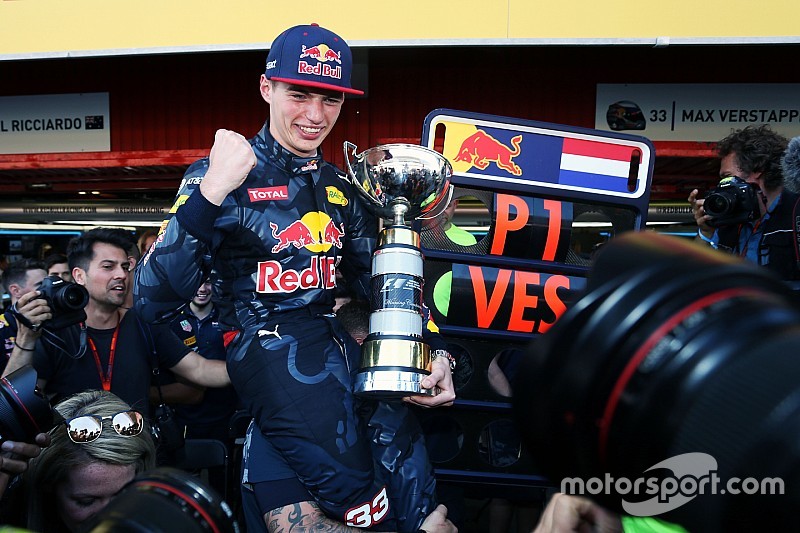 Max Verstappen has been named Sportsman of the Year in his home country during an award ceremony on Wednesday evening.

The Red Bull Racing driver became the youngest ever Formula 1 Grand Prix winner and the first Dutch GP winner in F1 history when he defeated the Ferraris in Barcelona this year. The victory came after the season’s dominant cars, the two Mercedes-Benz W07s, collided with each other on the opening lap.

Verstappen was not present to collect the award – it was collected on his behalf by former Dutch Grand Prix driver and sportscar star Jan Lammers. But Verstappen told the audience via a video message that he was ‘very honored’ to receive it.

“It’s been a superb season for me with many highlights,” he said. “Something I will always remember, of course, is the victory. That was a very emotional moment.

“It’s something you work very hard for from a very young age. I think everybody in the audience will understand this.”

The 19-year-old went on to finish fifth in the championship, despite spending the first four races of the year at Scuderia Toro Rosso, with whom he made his F1 debut in 2015.

Verstappen also mentioned Johan Cruyff, the Dutch football legend who passed away in March this year, and who had paid Verstappen a visit during pre-season testing at Barcelona, just weeks before his passing.

“I am very glad to have met him,” said Verstappen. “Of course this was something very, very emotional after the victory.”

Referring to Cruyff’s iconic #14, which Dutch team Ajax retired in his honor back in 2007, Verstappen said: “I’ve read his book and it mentioned that he was fascinated by numbers. My victory was one hour, 41 minutes and forty seconds, so two times fourteen [1:41.40]. I think this makes it extra special.”