Verstappen: Vettel and Raikkonen should be 'ashamed' of themselves 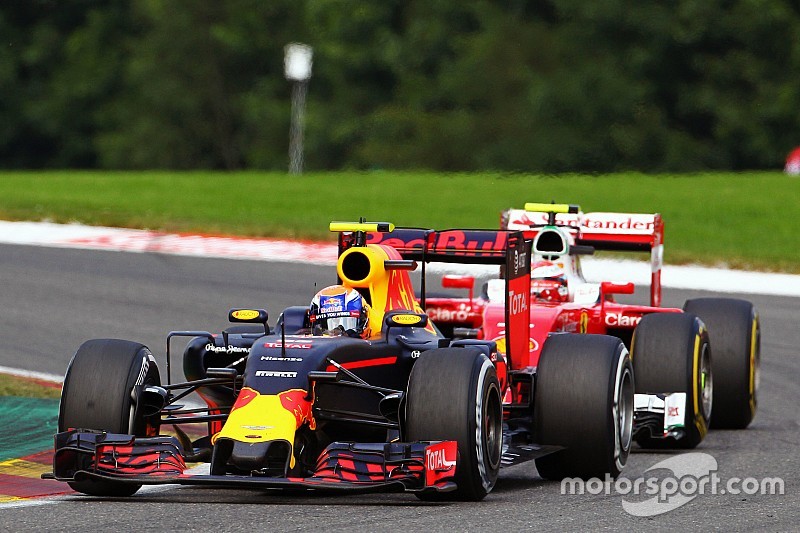 Max Verstappen says that Sebastian Vettel and Kimi Raikkonen should be 'ashamed' of the way they criticised him after the Belgian Grand Prix, having collided themselves at the first corner of the race.

The Dutchman's aggressive defensive driving at Spa-Francorchamps was one of the big talking points after the event, with Raikkonen fearing there could be a big accident if the Red Bull driver does not change his ways.

But Verstappen has been left far from impressed with those suggestions, especially coming from Raikkonen and Vettel who tangled within seconds of the start.

"I think they should be ashamed to cause a crash like that with their amount of experience and then complain about me," said a defiant Verstappen.

"Then they don't have to make a drama about what happened afterwards. They have to understand I'm not happy with them screwing up my entire race."

Verstappen is clear that he believes Vettel was to blame for the incident at Turn 1, as he failed to leave enough room for the cars on the inside.

"There was room for three cars," he said. "When I got alongside Kimi, he started squeezing me. If Vettel hadn't turned in and left one more metre of room, we would have all gotten through.

"On the video you can clearly see when Vettel turns in, he drives into Raikkonen. And then Kimi's car bumps into mine."

Verstappen explained that the reason he was so aggressive against both Raikkonen and Vettel in the race was as a result of what happened at the first corner.

"If they screw up my race, I'm not going to make it easy for them," he said. "I think they should understand that.

"I'm not going to say: 'come on through'. But all that happened after turn one. If turn one hadn't happened, I wouldn't have been so aggressive and pushed Raikkonen out like that."

Verstappen also insisted he had done nothing wrong in the way he blocked Raikkonen, especially because the stewards did not call him up for it.

"I think he had to lift a bit, but the stewards thought it was fine so then it's all good," he explained. "It's like I'm a red rag to a bull for him at the moment. We always seem to get in each other's way.

Looking ahead to Monza, Verstappen added: "Then we start again and try to get the best result. Vettel can come and talk to me, but I think he first has to realise what he did in turn one."