Max Verstappen did not know his DRS failed on his pole lap ahead of Formula 1's 2021 Dutch Grand Prix, which combined with a "double shift" to cost him 0.25s.

The Red Bull driver snared his 10th pole position, seven of which have arrived this season, at his home circuit of Zandvoort ahead of Mercedes rivals Lewis Hamilton and Valtteri Bottas.

Verstappen, who had set the pace in Q2, delivered three flying laps in the final part of qualifying and remained at the top of the times after each effort.

Verstappen crossed the timing line on the main straight without DRS assistance.

The Dutch racer had activated the aid through the first half of his lap, on the run from Turn 10 to 11, before it remained shut out of the banked Turn 14 and on the run to the line.

While Verstappen was initially unaware of the flap staying closed, he did cite a double shift earlier in the lap as already having cost him over a tenth of a second.

Asked by Motorsport.com if the DRS flap had remained shut deliberately or as a result of a late fault aboard his RB16B, Verstappen replied: "Is that so? I don't know.

"Out of Turn 3, it was quite bumpy, and I had a double shift. So, I was two tenths up on my lap and I lost like one-and-a-half tenths all the way to Turn 7.

"You also use more energy because you're a gear higher. So I derated as well. I don't know, I need to check." 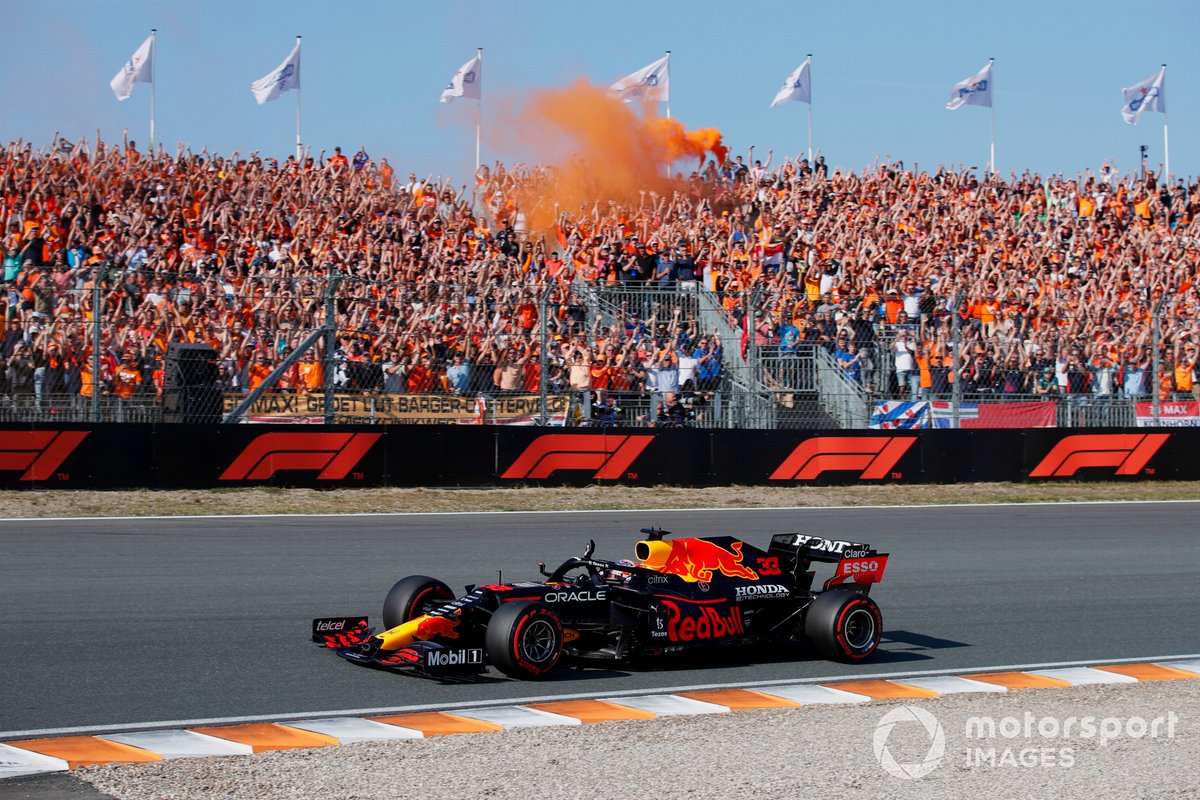 The time lost by the double shift, coupled with Red Bull team principal Christian Horner's estimate over the DRS penalty, meant up to a quarter of a second had been spurned.

Horner explained: "We saw a lack of straightline speed down that straight and it looks like the DRS hasn't opened properly.

"So, he's probably given away a tenth, a tenth-and-a-half. But an amazing performance by him and under massive pressure. Really happy with that."

Verstappen added that Zandvoort had felt "incredible" during his low-fuel qualifying laps and credited his home fans for having made his pole "very satisfying".

He said: "[The track] was already a lot of fun, I have to say, from FP1. But in qualifying, of course, when you go very low fuel, it was incredible.

"Especially sector two was really enjoyable to drive. Even the banked corners. OK, the last one is flat. Still, it's a nice sensation. It's been really incredible.

"And then of course, driving at home with all these fans, they were going crazy every time I was crossing the line. So to have a pole position here is very satisfying."