Max Verstappen believes it is a "bit stupid" for Formula 1 to only have one practice session when it returns to Imola later this year. 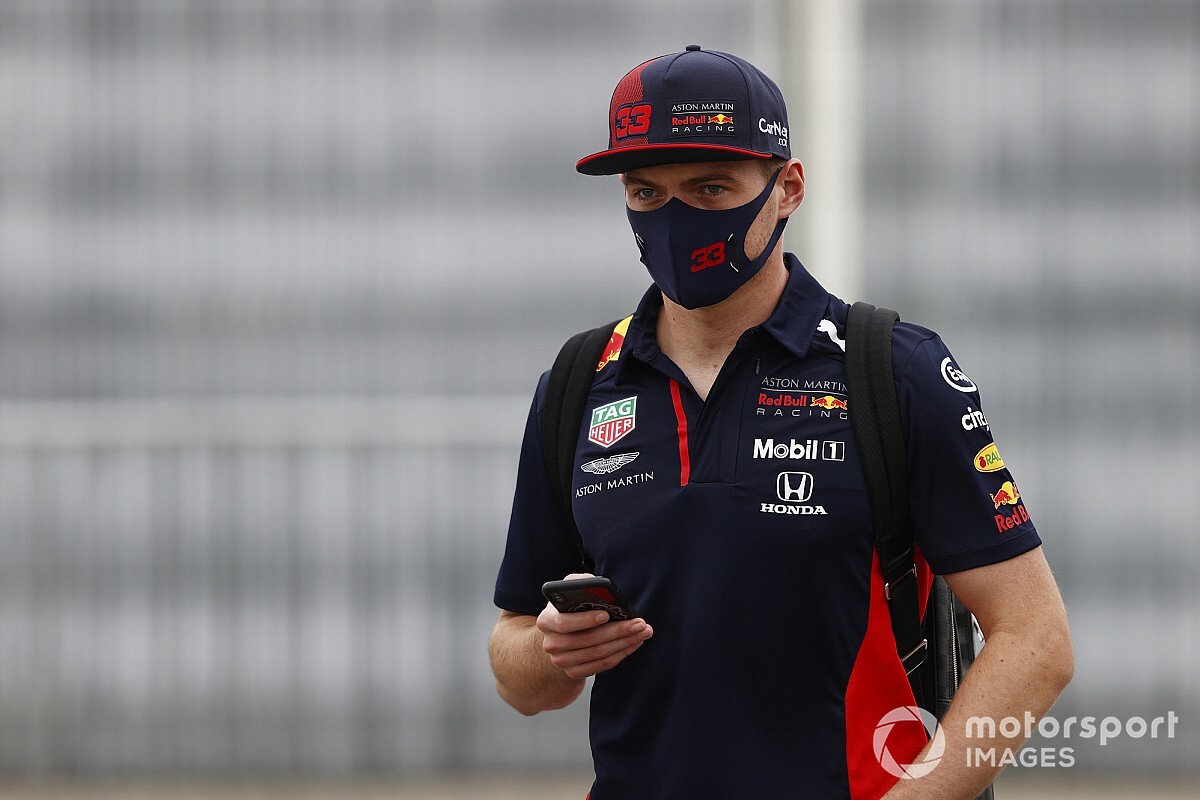 F1 announced last month that it would be holding its first grand prix at Imola since 2006 in November, with the Emilia Romagna Grand Prix becoming the 13th round on the calendar.

The announcement noted the Imola race weekend would be reduced to two days, the format for which was confirmed this week with a cut back from three practice sessions to just one.

Verstappen hit out at the decision, saying it was wrong for F1 to have just a single practice session on a circuit it had not conducted any running at for a long time.

"If we would have had it on a track that we know and we have been driving with the cars we have nowadays, I think it's not a problem at all," said Verstappen. "At the end, it's the same for everyone, so there is no problem with that, but I just think it's a bit wrong.

"Give us two sessions to just sort a few things out, just make sure everything is working well instead of just one session. The two-day format, I don't really care, but then give us two practice sessions. Even it's better to do two one-hour sessions than one one-and-a-half.

Asked if he was still excited to race at Imola, Verstappen replied: "I'm very excited to go racing there. I just think it's a bit wrong how they did it. It's a shame. It's a great track."

Red Bull team-mate Alexander Albon echoed Verstappen's thoughts, saying it would have made more sense to reduce the weekend to two days at circuits hosting multiple grands prix, such as Silverstone.

"It would to me make a bit more sense to do a two-day event on a track like [Silverstone] where we've done a double-header," said Albon. "We don't really need to do three days at the same circuit. It would be better.

"I think it would be a good idea to test it out now, and give us the three days at Imola."

Ferrari driver Sebastian Vettel said he thought the change would be "exciting", but teams would be under pressure to perfect their car set-up.

"I guess we all get the same amount of time to get into a rhythm, and head into qualy. It should be exciting," said Vettel. "I don't know how many tyres we will have or which sort of tyres yet. It will be more important probably to just get enough time on the track to get used to it.

"[There is] less time to set up the car, but nowadays anyway we know where the car has to be.

"If something feels a bit wrong, you normally get a chance overnight, which now you don't. But the rest will be similar."