Verstappen prefers 'head to fall off' from Turn 8 forces

Max Verstappen says he would rather his 'head fall off' through Turn 8 in Istanbul than wear neck padding for the 'brutal' forces Formula 1 drivers are expected to face. 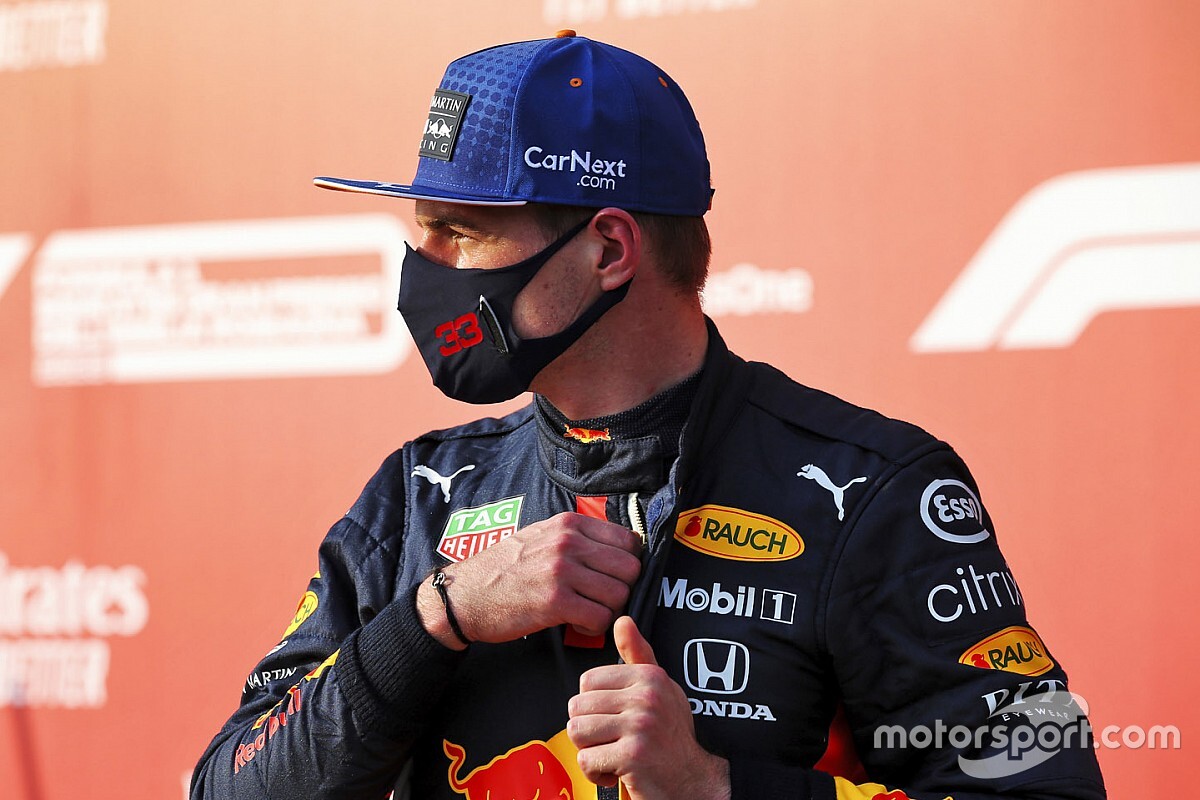 The comeback of the Turkish Grand Prix to the calendar this weekend means a return of the Istanbul circuit's famous Triple 8 left hander, which is widely regarded as one of the best corners in F1.

And with grand prix machinery having ramped up the downforce levels hugely since it last raced there in 2011, F1 drivers are bracing themselves for a physical challenge through what could be now a completely flat-out complex.

Williams driver George Russell said: "I've learned that it's going to be brutal for us drivers.

"I can't remember how long the duration of that corner is, but it's 4-5 G of load, which is like the equivalent of 45 kilos, 50 kilos on our necks that we have to sustain for the six seconds. That's going to be a real task."

While drivers will have the option of adding some extra padding to their cockpit to help rest their neck, Verstappen says under no circumstance will he consider it.

He says the ribbing he got from his father Jos after using padding during his first F3 test means he doesn't want to risk any repeat banter.

"I remember my very first F3 test I did," he said. "After one day I couldn't hold my neck straight. And then I had to put the padding in, and my dad was laughing at me for using that.

"Since that day I refused to put padding next to my head. I prefer that my head falls off, than running with padding. So it will be the same also this weekend."

Alex Albon said he has no qualms about using a small amount of padding, as he felt Verstappen's comments were a bit extreme.

"I prefer that my head doesn't fall off," smiled the Thai driver. "I tend to use more padding than you [Verstappen] do."

Other drivers say they have discussed the issue of padding with their teams, but so far think they will be able to get through the weekend without it.

Esteban Ocon said: "Turn 8 is going to be quite a challenge. It's probably going to kill the neck on the left side. My engineer asked me if I wanted padding, so I'm going for no padding, so let's try."

Renault teammate Daniel Ricciardo added: "My engineer asked me the same question, I laughed him off, so we'll see if my confidence bites me.".

Brazilian GP set to remain at Interlagos until 2025