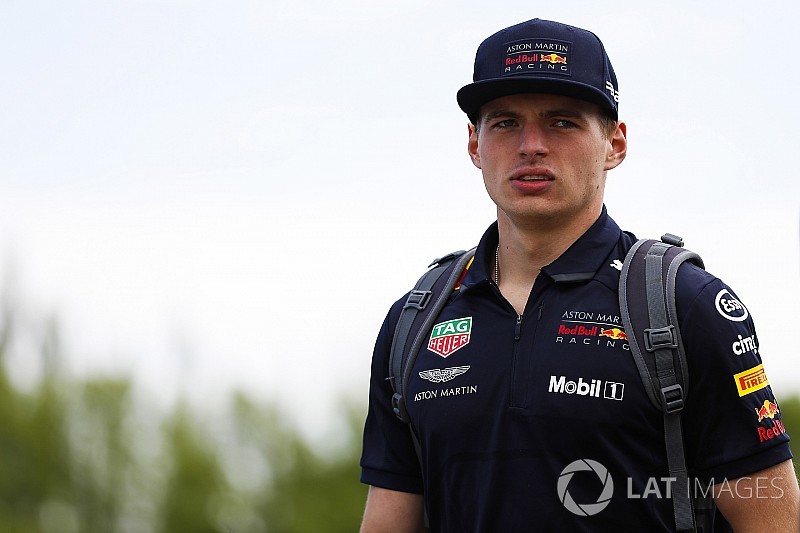 A defiant Max Verstappen says he is so tired of ongoing questions about his crash-filled campaign that he will likely "headbutt" somebody if he is probed on it for much longer.

The Dutchman remains at the centre of ongoing focus about his driving after a campaign that has witnessed him being involved in either spins, collisions or crashes at every grand prix weekend.

His latest practice crash in Monaco put Verstappen at the back of the grid, and left him facing calls from Red Bull team boss Christian Horner to rethink his approach.

But ahead of the Canadian Grand Prix, Verstappen made clear he was unimpressed by both those pleas for him to calm down, and by people pushing him more on what has happened this year.

"You know, I get really tired of all the comments of me that I should change my approach," said Verstappen, who recovered to finish in the points in Monaco.

"I will never do that because it has brought me to where I am right now, and after the race it is not the right time to talk. Everybody who has those comments, I don't listen to it anyway. I just do my own thing.

"Of course the beginning of the year so far, it hasn't been going that well and not in the way that I liked it. A few mistakes, especially Monaco and China, but it doesn't make sense to keep talking about it because I get really tired of it.

"It feels like there are no better questions out there than keep asking me about what happened in the previous weekend. So I am just focusing on what is ahead, and I am confident that I can turn things around.

"The speed is there. I have always been quick every single weekend. It would be much more of a problem if I would be really slow, because that is a critical problem."

When pushed further to explain why he had crashed so much this year, Verstappen replied: "Like I said I get a bit tired of all the questions. If I get a few more I will headbutt someone."

Although Verstappen has been involved in incidents at every grand prix so far this year, he thinks that his situation has been spun up in to something much bigger.

"Two [incidents] were my fault, but I had three in one weekend in 2016 in Monaco," he added. "It is not that dramatic as people say it is.

"Of course I haven't scored the points I should have scored, but it is not only my fault. It could have been better but everybody makes it so dramatic."

Canadian GP: Can anyone beat Lewis Hamilton at his most successful F1 venue?

Leclerc hopes for Ferrari chance as early as 2019