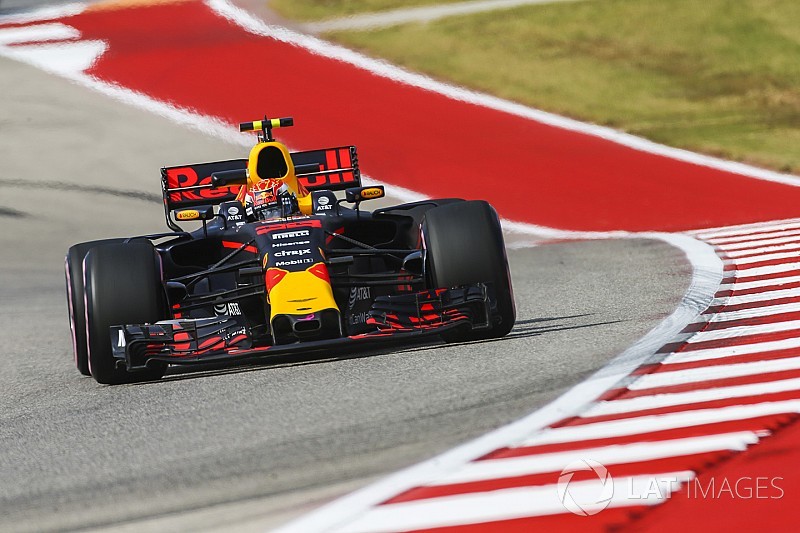 Max Verstappen has blasted Formula 1's stewards for "killing the sport" with their "idiot" decision to take away his United States Grand Prix podium with a track limits penalty.

Verstappen charged from 16th on the grid to finish third on the road at the Austin F1 race, after a thrilling last-lap pass on Kimi Raikkonen's Ferrari.

But the FIA stewards adjudged Verstappen to have gained an unfair advantage by cutting the inside of Turn 17 and going off the circuit to make the move.

They slapped him with a five-second time penalty, demoting him back to fourth and stopped him in his tracks on his way to the podium.

Red Bull team boss Christian Horner called the decision "appalling" and "unbelievably harsh" and Verstappen told TV crews after the race that the stewards were damaging the sport with such decisions.

"We had a really great race, but with those stupid decisions you really kill the sport," Verstappen said.

"It's one idiot steward up there which always makes decisions against me.

"At the end of the day everybody is running wide everywhere, there are no track limits. At Turn 9 you can run wide, at Turn 19 you can go off the track and nobody will say anything.

"It's the same with [Valtteri] Bottas - I went for a move, and he continued outside the track; he came back, I really had to pass him, and nothing has been done against that while he definitely gained advantage. If he made the track he would have been behind me.

"It's not good for the sport - they have to be really clear on the rules that it's not allowed."

Verstappen was frustrated by the "really weird" situation of being unable to challenge the stewards' decision and said he hoped the crowd would stay away from next year's race in protest.

"They decide and you can't do anything against it, which is of course really weird," Verstappen added. "What can we do? We cannot make up the rules.

"Everybody is loving it, it's great action, you go five or 10cm on the inside of the kerb, everybody is running wide everywhere, they don't say anything, and they kill the race, basically, like that.

"The crowd is loving it and then you do something like that in front of world TV – you pick up somebody from the podium and tell them to go away!

"It's not good for the crowd. I really hope next year nobody is coming, because like this the sport doesn't make sense."