Max Verstappen and Carlos Sainz’s thrilling battle for victory at the end of the Canadian Grand Prix is proof that Formula 1’s 2022 tyres are delivering close racing, reckons Pirelli.

Following a late-race safety car that had been triggered by Yuki Tsunoda crashing on his way out of the pits, Verstappen and Sainz were locked in a close fight for the win over the final section of the Montreal event.

Verstappen could not shake off Sainz, who kept up the pressure on the lead Red Bull until the chequered flag as they were never separated by more than one second.

The nature of their fight, as Sainz shadowed Verstappen all the way, was significant for Pirelli as it marked a step change from how things would have played out in the past when cars ran close to each other and tyres overheated dramatically.

With the older generation of cars and tyres, Pirelli's head of F1 and car racing Mario Isola has no doubts that Sainz would have been unable to stay as close to Verstappen for as long as he did.

Speaking to Motorsport.com, Isola said: "For me, what is important from this race is to see we had what they call close racing.

"One of the targets this year was to have close racing, not pure overtaking thanks to the DRS or another system. It was to give the opportunity to the drivers to push and fight on track.

"And that's exactly what happened with Max and Carlos, but also in the back with Alpine and [Charles] Leclerc, and many other cars. 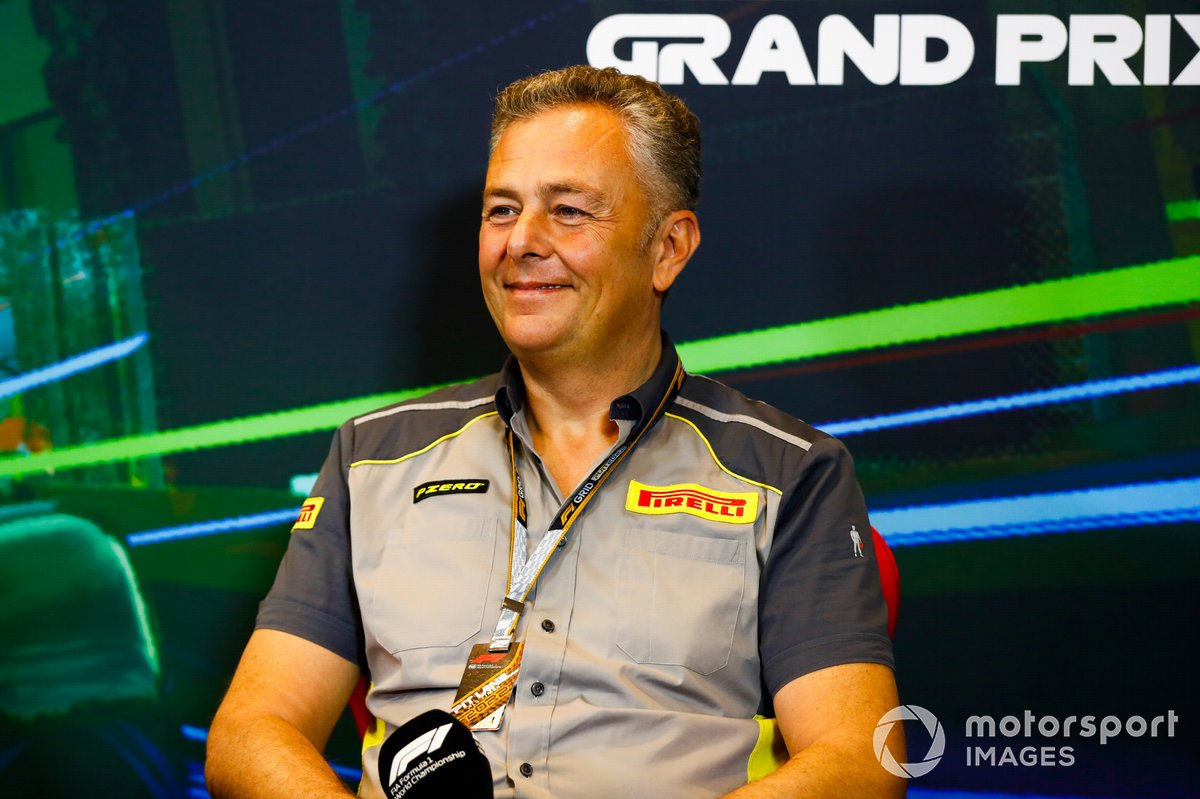 "It means that the tyres are giving this opportunity, together with the car package, and it's nice to see that this is happening.

"Obviously for the future we know that we can improve, and we are working for next year's tyres. But I will say that the first target [of close racing] has been achieved and that was really important for us."

Isola says that progress in helping deliver closer racing has come through a combination of the new ground effect cars, plus a new generation of compounds that degrade less.

And while he thinks improvement can be made to better balance the performance across the range of compounds, he thinks Pirelli has come up with a good starting point.

"Before, the car behind would start to lose downforce, would slide and overheat the compound – so there is a big factor created by the new cars," he said. "And obviously keeping the downforce on both cars is helping the tyres.

"But also the new compounds, this new family of compounds, is working better. We know that sometimes the medium and the soft are degrading a little bit more, but this is necessary otherwise, if you have tyres that are behaving the same way, you don't generate any strategy.

"With a hard that is very consistent, and a medium that is manageable, maybe the soft is a bit too aggressive, we can have different strategies and a different approach. "