Verstappen has "a lot of work to do" after practice

Max Verstappen says Red Bull has "a lot of work to do" after a difficult Friday of practice running ahead of the Hungarian Grand Prix. 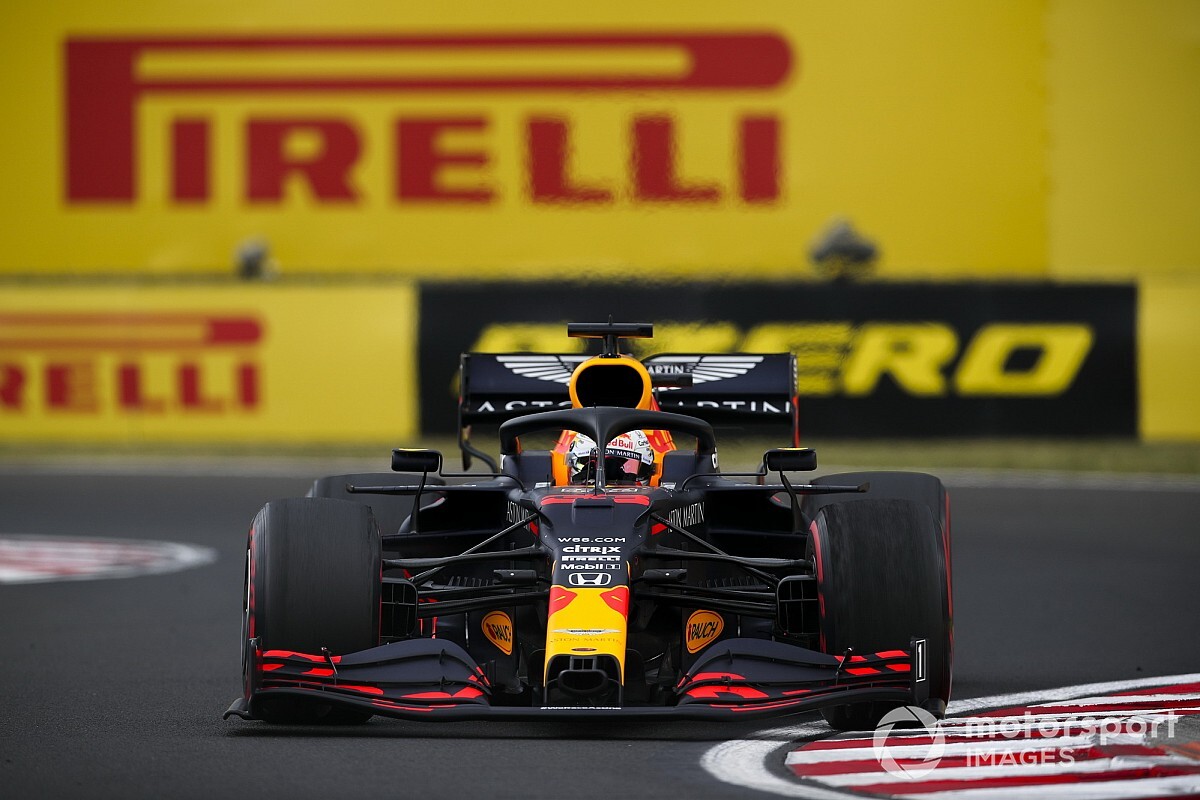 Lewis Hamilton headed a Mercedes 1-2 in opening practice and set his fastest time on the hard compound tyre, while Verstappen could only finish eighth, 1.4 seconds off the pace.

Verstappen was heard exchanging feedback with his race engineer over a programme in the opening session, asking to come in early and end a run, saying: "This is bad."

A wet second practice prevented Verstappen from gaining any feedback on any adjustments to the Red Bull RB16 between the sessions, finishing seventh.

Asked how FP1 went, Verstappen said the session had been "not so good", leaving Red Bull with work to do heading into Saturday.

"Plenty to look into, and of course, a little bit of a shame that it was raining in the second practice," Verstappen said. "Otherwise I think we already could have had a look. But yeah, a lot of work to do."

"[I'm] not so happy, but luckily we have a night to look at it, and make some changes and try to do better tomorrow."

Asked where the Red Bull car was currently lacking Verstappen replied: "Just balance, overall. So we need to look it up."

"I think weather has been hurting us a bit, just trying to understand the car a bit better," Albon said.

"FP1 wasn't ideal, and we couldn't really try anything for FP2. So we'll have to look through the data a bit more in detail tonight and see what we can come up with for tomorrow.

"[It was] just more predictability than anything else. It's not one corner, and it's not a big margin in a specific place. It's just bits everywhere.

"The car is not quite what we want. And just have to do some work to find out what's going on."

Red Bull had been talked up as Mercedes' primary rival for Hungary after impressing through the slow-speed corners in Austria at the opening two races.

But Albon said the struggles he was having with the car followed a trend that had been seen through his running to date in 2020.

"I'd say it's quite similar. But there definitely have been places, like in race two we made a big improvement," Albon said.

"Then coming here, it just hasn't followed through as nice as we expected."