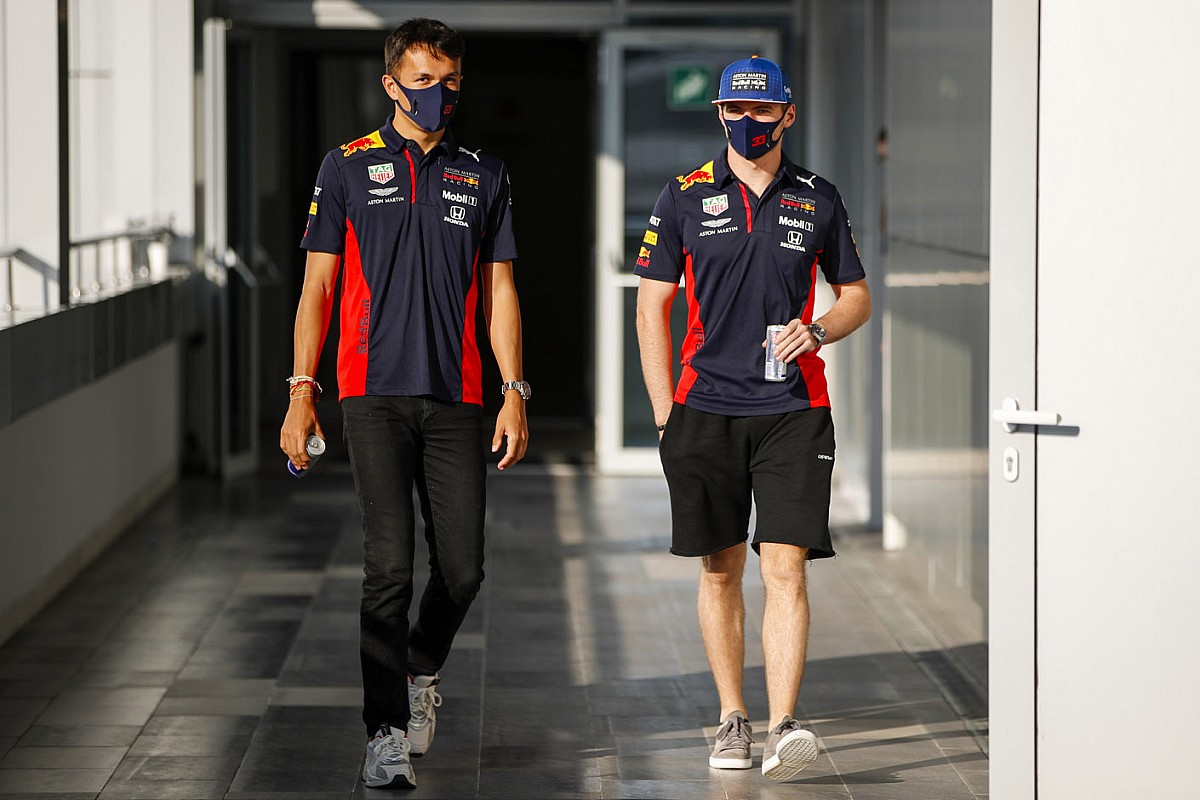 Max Verstappen says Red Bull's choice of his Formula 1 teammate for 2021 "doesn't really matter" given the current gap to Mercedes at the front.

Red Bull is currently weighing up who will partner Verstappen at its senior team next year amid continued struggles for Alexander Albon.

Albon has scored just one podium finish in 2020 compared to Verstappen's tally of nine, and has picked up a single point in the last three races.

Red Bull F1 boss Christian Horner has said the team is "committed" to Albon for the remainder of the 2020 season, and that he wanted the Anglo-Thai driver to "justify that there is no need to look at any other alternative".

But Horner also said Red Bull would look outside of its own driver pool for a replacement for Albon in 2021 should it decide to drop him, making Nico Hulkenberg or Sergio Perez potential candidates.

Speaking on Ziggo Sport about the second Red Bull seat, Verstappen said that although he has been asked for his view on the matter, it made no difference who was his teammate.

"In the end, it's not up to me," Verstappen said. "I don't make that decision. Of course they ask me for my opinion, but in the end it doesn't really matter to me at the moment. So we'll just wait and see."

Albon has struggled with the Red Bull RB16 car through much of the 2020 season, while Verstappen has been able to get on top of its often-skittish nature, leading to some big performance gaps.

In Portugal last weekend, Verstappen finished third and lapped Albon, who eventually crossed the line out of the points in 12th place.

Verstappen said that as beneficial as having more information from a teammate would be, so long as Red Bull is trailing Mercedes by such a big margin, it makes little difference in the fight at the front.

"I can fine-tune the car for myself, but especially at the moment, we're not good enough to compete in the championship, so it doesn't really matter," Verstappen said.

"But if you are close to Mercedes where you can do some things with strategy, it is nice to have a second driver there. But that is not an issue at the moment."

Albon is currently in just his second full season in F1, having been promoted into a Red Bull seat midway through the 2019 campaign after Pierre Gasly's struggles following his own promotion from Toro Rosso.

Although a figure such as Perez or Hulkenberg would offer greater experience, Verstappen felt it was not a key characteristic to have in a teammate now.

"I did [need an experienced teammate] when I entered Formula 1," Verstappen said. "you don't know so many things and you haven't tried so much, you don't have so much experience.

"But I think now, after five or six years, that's OK. I don't need anyone for that."