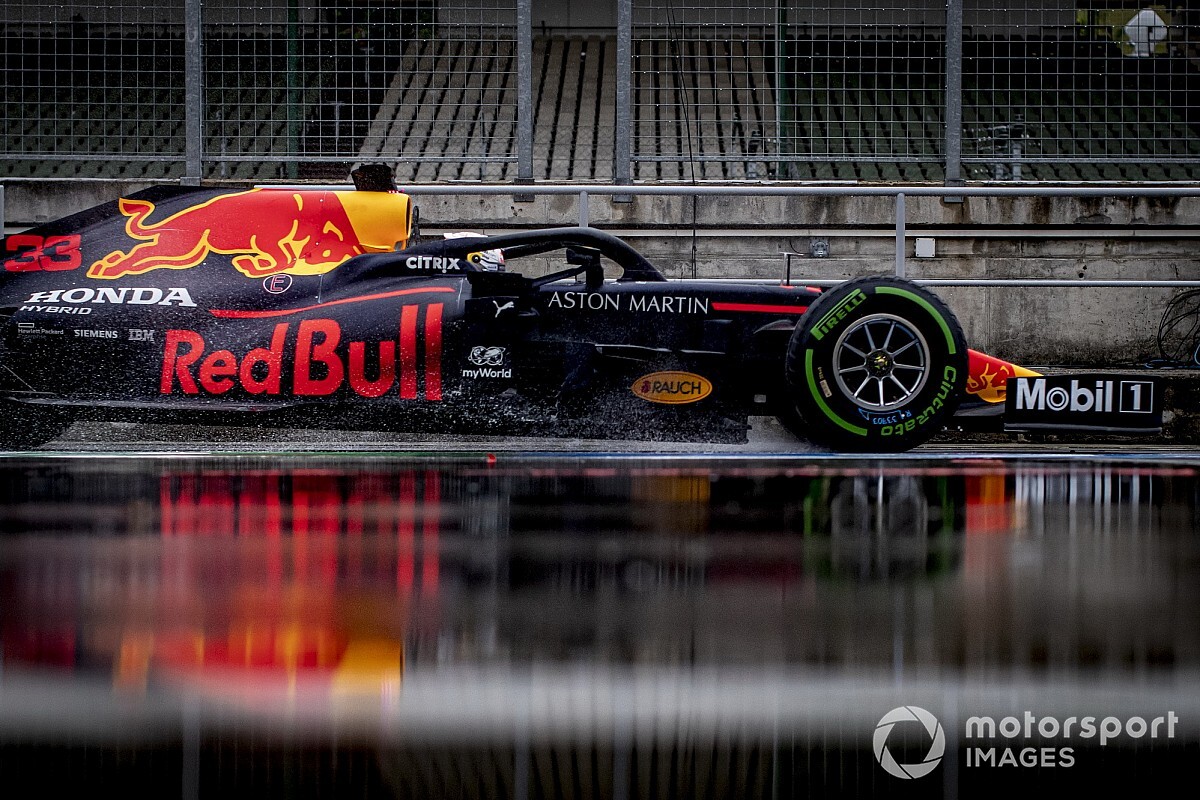 Red Bull plans to run an extensive trial of new parts in Friday practice for the British Grand Prix in a bid to find answers as to what’s gone wrong with its RB16 this year.

The team’s 2020 challenger has some ‘anomalies’ that it is trying to get on top of, after failing to deliver the form that it hoped would allow it to challenge Mercedes for the championship.

While both Max Verstappen and Alex Albon are bracing themselves for it taking some time for Red Bull to get on top of everything, they both hope that new parts brought to Silverstone will at least help deliver some progress.

Asked by Motorsport.com about what the team had learned since the last race, Verstappen said: “I think we are still learning, we're bringing a lot of new parts to the car. They are different parts, to see what works, what doesn't, and where we can still improve. I mean this is of course not from one week to the other that it is going to be solved.

“We need a bit more time for that. But, yeah, we're working on it, and we'll just find out by trying it on track as well, to know if we're heading into the right direction.”

With Silverstone’s high-speed swoops expected to perfectly suit Mercedes, Verstappen said he would be happy to just get within half a second of the dominant world champions this weekend.

Pushed on what gap he expected, he said: “Difficult. Well, I mean, last year we came here and we thought, ‘OK, we're gonna get smashed’ and we were within two tenths in qualifying. So, it can depend on a lot of things.

“For sure, they are the dominant team and they will be very fast. So, it can be from two tenths to a second. You really don't know. I hope it's not going to be a second. I hope to be within half a second, that would be good, I think.”

With F1’s chassis-freeze rules making it difficult for teams to make major changes to their cars, Verstappen is well aware that Red Bull faces a tougher task in recovering. But he has denied being too frustrated by the situation the team is in.

“You would like to come to the weekend and know that you’re going to fight for victories every weekend," he said. “But at the moment, that is not the case. We just try to learn and try to improve and, hopefully, towards the end of the year, or next year, you know, we can be in that position again.

“Of course, it’s not going to be easy. They work very hard at Mercedes as well. But if we can make it difficult for them that would be really nice. But it’s not that I’m going to sit here frustrated and be angry about it all. Sometimes I get a bit upset or whatever, but that’s at the end of the day because I want to win and I want to improve and I think everybody in the team has that [feeling]. We all want to win.

“And I think it’s good that we are pushing each other hard. So yeah, that’s nothing negative. Because if I would just sit here and [would say], 'Ah, I don’t care – you know, I just woke up, [came] to the track, I do my job and go back home – I think that would be the wrong attitude.”