Max Verstappen says Red Bull did not plan starting Formula 1’s 2021 Abu Dhabi finale on the less durable soft tyres, but insists it is not a disadvantage to Mercedes.

Before he dominated Q3 to take pole at the Yas Marina track ahead of Lewis Hamilton, Verstappen had initially tried to get through Q2 on the mediums, the same compound his rival ran at that stage to take for the start of Sunday's race.

But after posting a time that would have got him through to Q3 on the mediums, Verstappen locked up at Turn 1 as his run on the yellow-walled rubber continued and he quickly reported that the set had been flat-spotted on the left-front.

He therefore pitted and went back out on the softs, which he used to top Q2 and then go on to claim a 10th pole of the 2021 season.

When asked if it was always the plan to start on the softer rubber, which was tracked degrading much more in the long runs that closed FP2 compared to the mediums, which offer greater strategic flexibility as well as longer life, Verstappen replied: "Well, naturally it wasn't.

"Because I wanted to try and start on the mediums, but I flat-spotted that one.

"But I felt good yesterday on the long-run also on the softs. So, it's not really a difficult decision to make to then just say OK, 'let's just focus on the soft'." 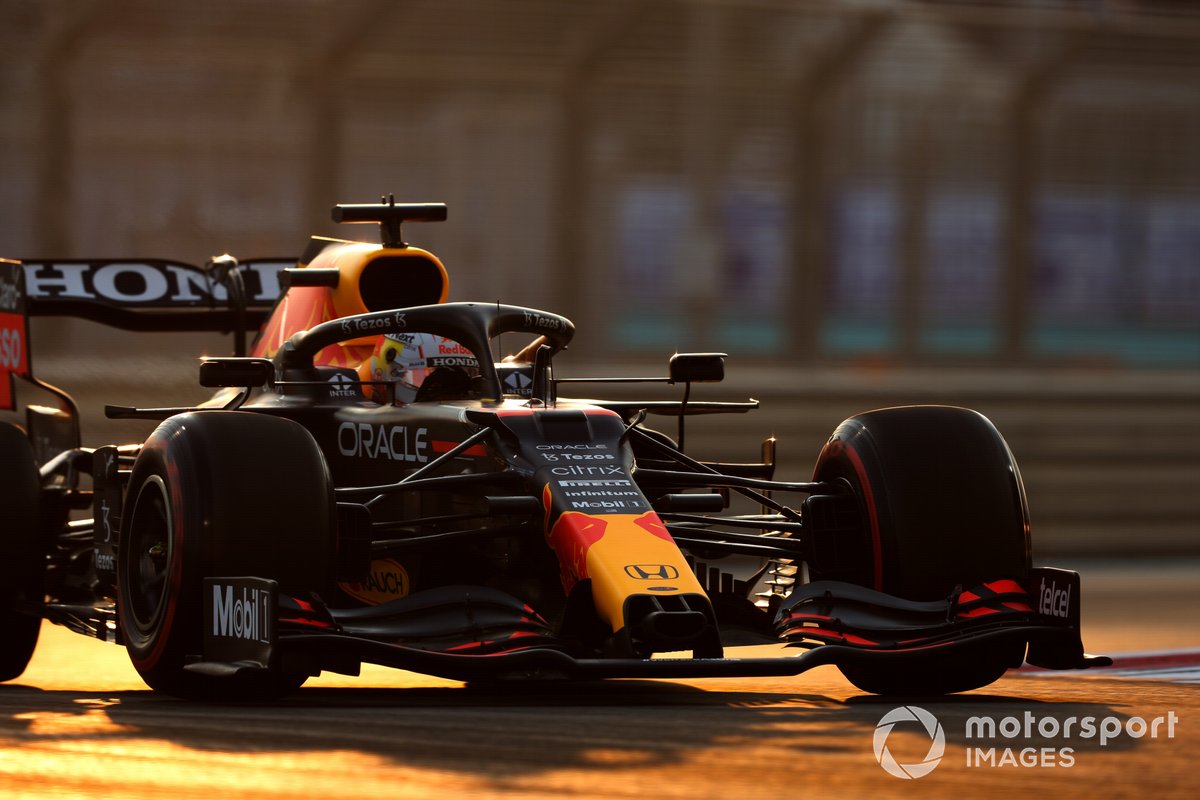 Hamilton, who was speaking alongside Verstappen in the post-qualifying press conference, said the differing tyre strategies between the pair was "interesting" and said he was "always kind of sceptical of everything".

He added: "So it will be interesting to go back and look at the information and onboard laps. It's very rare that people lock up in Turn 1.

"But if he truly did lock up in Turn 1, then maybe whether or not we're in the better position in terms of that tyre [will become clear].

"Or maybe they know something we don't and that soft tyre was their plan all the time.

"We struggled a little bit more on the soft tyre for the long runs. I think we've got the right tyre, but I guess we'll see tomorrow."

Verstappen also explained that ahead of qualifying he had been feeling "a bit on and off in terms of [car] balance".

The Red Bull cars ran in their low downforce configuration with a skinnier rear wing.

"For qualifying, we made the right decisions," Verstappen added.

"As soon as I went into qualifying, I had a bit of a better feeling, but nevertheless [in] Q1 still not perfect, still needed to fine-tune a few things.

"But from Q2 onwards it was a bit better, but of course in Q2 I had my flat spot on the medium set so I had to go out on the softs again.

"But then in Q3 basically both laps [the car felt good]– the last lap until [Turns] 12-13 I was more or less on the same lap time. The car felt pretty decent in these final two laps."

Norris "a bit nervous" about F1 start behind Verstappen and Hamilton