Max Verstappen says his radio outburst during Sunday’s Formula 1 Spanish Grand Prix was prompted by him “massively struggling” to keep his tyres alive at the end of the first stint. 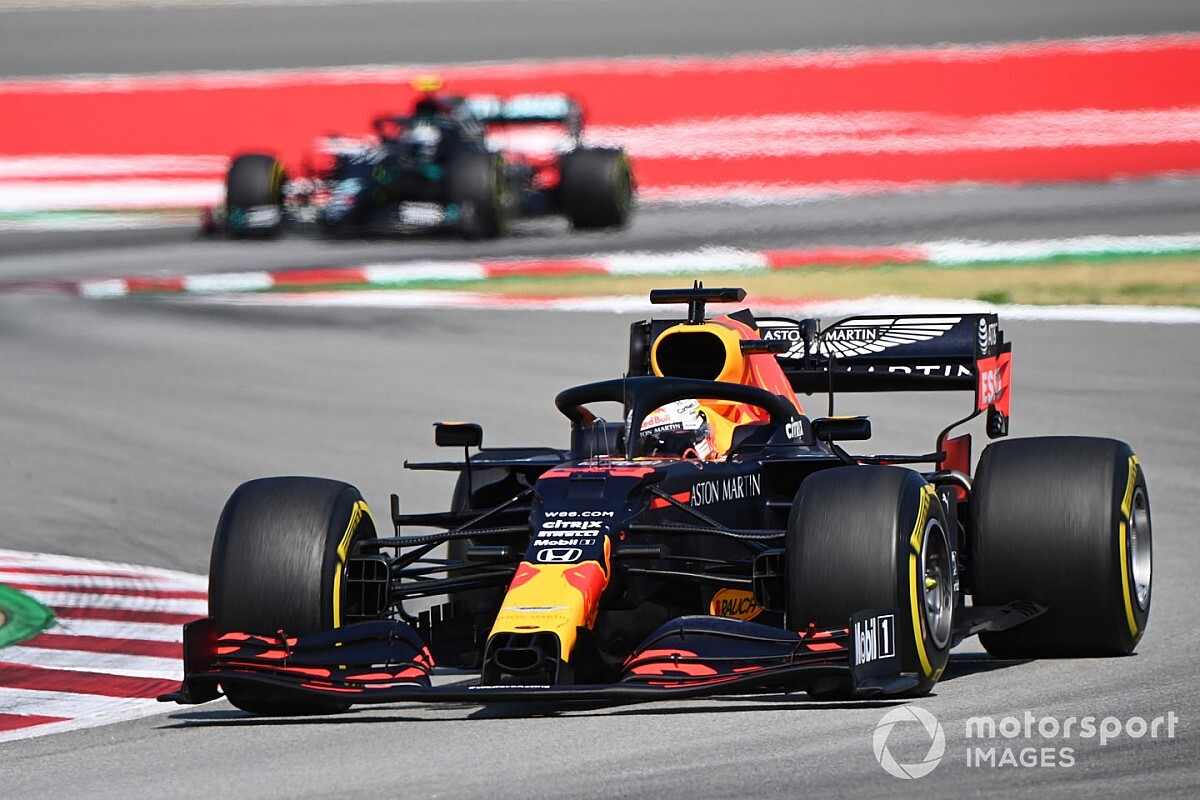 Verstappen was able to record his fifth consecutive podium finish after taking second place at the Circuit de Barcelona-Catalunya, splitting the Mercedes drivers of Lewis Hamilton and Valtteri Bottas.

Verstappen managed to pass Bottas on the run to the first corner on the opening lap, but struggled to keep up with Hamilton towards the end of his stint on the soft compound tyres.

As the gap rose to over eight seconds, Verstappen was heard telling his race engineer they should “focus on our race, rather than on Lewis,” adding: “We were clearly not as fast as them on the softs.”

As Verstappen reinforced his wish to pit for fresh tyres, he said: “You want me to repeat again? The f**king tyres are dead.”

Asked about the radio exchange after the race, Verstappen explained that it was important for Red Bull not to get distracted by what the Mercedes cars were doing ahead.

“At the end of the day you can’t control what they’re doing,” Verstappen said.

“The only thing you can control is what we do. So we just have to make sure that we did the fastest strategy possible for us.

“I wanted to pit, and they didn’t call me in, so I was massively struggling on the tyres. I lost quite a bit of lap time over the last two laps.

“I already said on the radio, I don’t care if you pit me behind the Racing Points because I would pass them easily anyway because we are faster, especially on new tyres. That was the conversation.”

Hamilton’s victory saw him extend his lead in the F1 drivers’ championship over Verstappen to 37 points, but the Red Bull driver felt he could not have achieved much more in the race.

"I tried to follow Lewis a bit, initially he was just managing tyres, so I tried to back out of it as well,” Verstappen explained.

“But at some point Valtteri was back into P3, so you can’t drop back too much. As soon as Lewis started to push a bit more, I couldn’t follow the same pace, and he just drove off.

“From then on, I tried to do my own pace, and tried to just do the fastest strategy I could do to stay out of Valtteri, and I think that worked out quite well today.

“I’m very happy with that. We split the two Mercedes cars again. I don’t think there is much more I can do at the moment.”