Verstappen proved he can be team player, says Horner 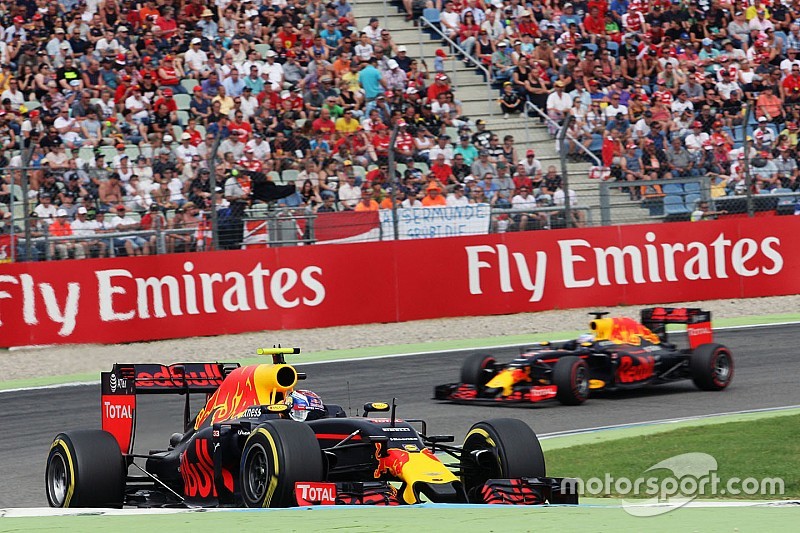 Max Verstappen proved at the German Grand Prix that he could be a team player in Formula 1, says his boss Christian Horner.

The Dutchman is known to have questioned teams orders in the past, and could have worked better with Daniel Ricciardo at the Hungarian GP to have staved off the Ferrari threat.

But at Hockenheim he did not hesitate to move aside for his teammate when asked to.

That behaviour has earned the praise of team boss Christian Horner, who said that it was vital Ricciardo and Verstappen helped each other out in their bid to hold back Nico Rosberg.

"He [Verstappen] has demonstrated beyond any doubt that he is a team player, and the way the two drivers operated was good.

"They both had great starts, Max on the outside, and Daniel gave him just enough room to work with, which is what I asked for in the briefing in the morning.

"Then they ran different strategies. We fitted the supersoft, the new tyre, on to Max [at the first stop] to try to cover Rosberg, and took a different route with Daniel, fitting the soft tyre.

"Then after Rosberg had picked up his penalty, the objective was very much to ensure that we got both drivers ahead.

"While Daniel was on the faster tyre and closing very quickly on Max, we asked that he release him quickly, rather than lose time fighting each other, to ensure that both of them were able to get ahead of Rosberg with his five-second penalty.

"Max immediately did that efficiently, and [the double podium] is a result of great team work between the whole team, including the two race drivers."

Although both drivers have had their frustrations in recent races, Horner thinks the dynamic between Ricciardo and Verstappen is working well.

"It is very healthy," he said. "There is a great respect between the two of them, and as far as team-mates can go, they seem to like each other and they want similar things from the car.

"Beyond that they are both very, very fast. Germany went in Daniel's favour, Barcelona went in Max's favour. It is the swings and roundabouts of a season and I think both drivers have done an outstanding job this weekend."