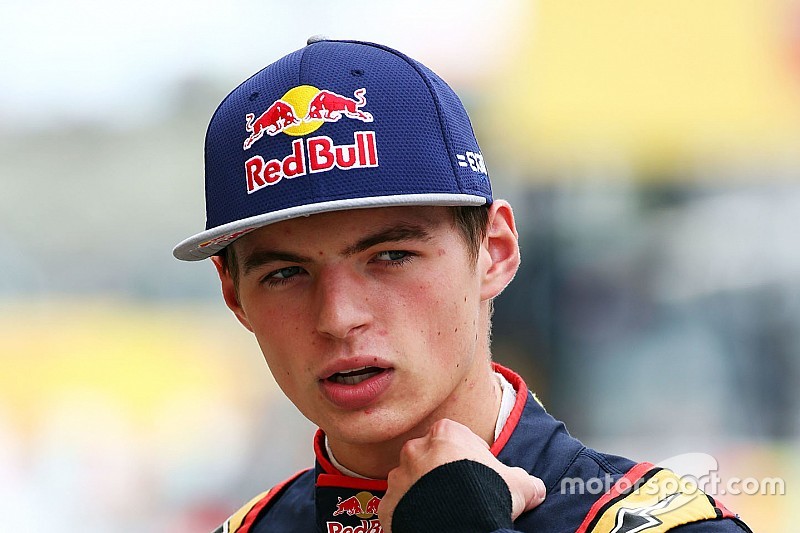 Max Verstappen insists that he is not 'afraid' of being without a Formula 1 drive next season, despite the deepening crisis surrounding engines for Red Bull's teams.

The Dutchman has a contract with Toro Rosso for 2016, but at the moment the Italian outfit is without a supply of power units.

Like the main Red Bull team, owner Dietrich Mateschitz is determined for it to land a competitive engine for 2016, with Ferrari believed to be its only real option if the outfit is to continue.

Although there is still no solution on the table – with Ferrari unable to offer what is wanted – Verstappen said he was not panicking or considering alternative plans for 2016.

When asked if he had a Plan B in place, Verstappen said: "Not now, but I am not afraid.

"I am very happy with the contract I have, but if they don't stay you have to look for other options of course.

"At the moment there is no intention for that. I am not worried about it. I am happy with where I am.

"You cannot change the situation – and I always stay relaxed about it. And if not, I can always go back go-karting!"

Despite speculation in Russia suggesting that Red Bull could eventually decide to stick with Renault despite the collapse in its relationship, sources close to the French car manufacturer have suggested such an outcome is highly unlikely.

Verstappen said that a Renault deal would be better than not racing at all in F1, but admitted it was not a preferred solution.

When asked about his thoughts on sticking with Renault, Verstappen said: "It is not ideal. You always want more power.

"But we have to wait and see until it is decided. For me it is a bit difficult to say anything about it yet. It is not the best solution but it is more important that they stay in F1.

"Otherwise it is a Flintstones car."