Verstappen: Mugello "can't be any worse than Monza" 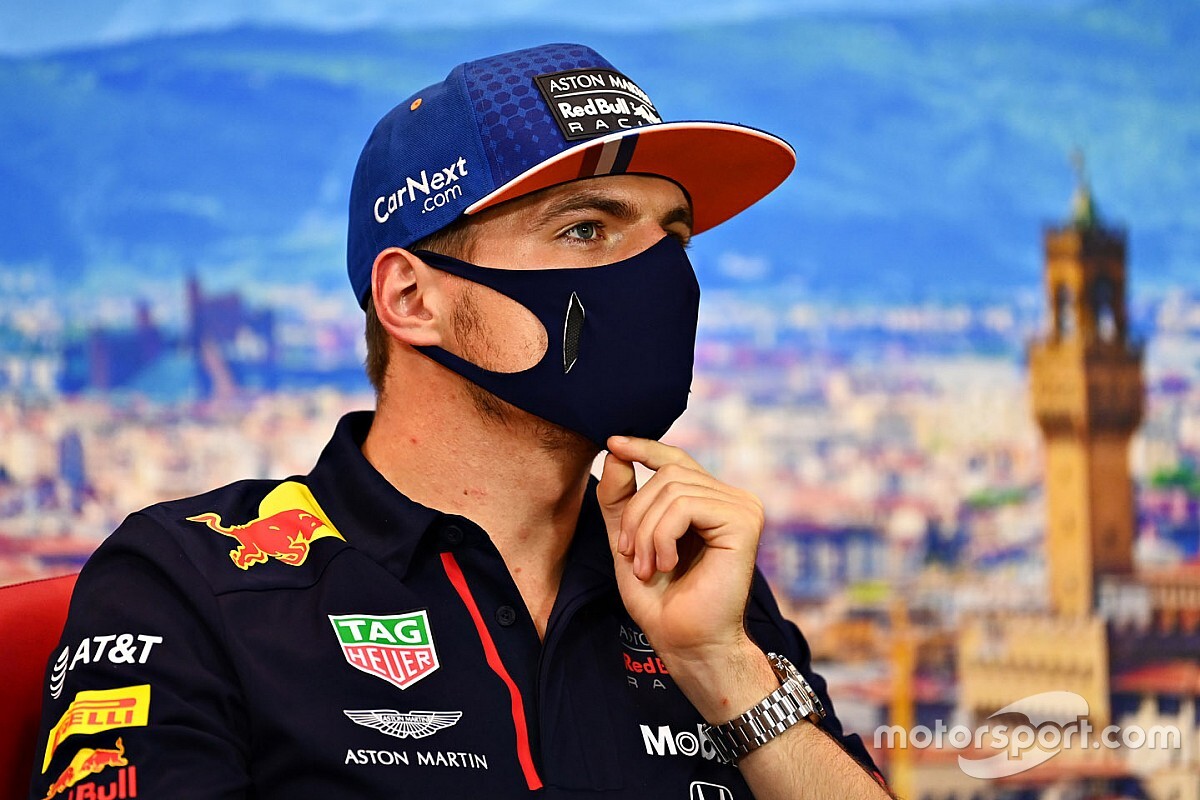 Max Verstappen expects a better Tuscan Grand Prix for Red Bull, as he feels the Mugello event "can't be any worse than Monza".

Verstappen also revealed that he recently paid a visit to Mugello and spent a day at the wheel of a GT car in order to learn the Italian track.

Along with Istanbul, it is one of two new for 2020 venues that the Dutchman hasn't previously driven at.

After the blip at low-downforce Monza, Verstappen believes that the team will be back on its usual form this weekend, as the closest challenge to pacesetters Mercedes.

"I definitely think it can't be any worse than Monza!" quipped Verstappen. "It will be better, and I think we should be back in a decent place behind Mercedes.

"It's a new track of course, so we first have to see how the car is set up. For sure we'll have to make a few changes to that. But overall I'm quite confident that we can have a positive weekend."

Verstappen endured his most painful weekend of 2020 at Monza, and was out of the lead battle when he was told to stop after Honda spotted an issue with his power unit.

Asked what went wrong, he provided a list of his misfortunes.

"What didn't go wrong?," he said. "We just didn't have the speed, first of all. We knew qualifying of course was going to be tricky, and I was fifth.

"But then of course we had a bad start due to overheating, and then in the first lap, it was quite feisty, but I just didn't want to risk anything. So never pushing. We were P7 or P8.

"Then we were just stuck in the DRS train. There was not so much you can do, I was just trying to follow.

"Also I had Valtteri [Bottas] in front of me, which is the fastest car of course. It was really difficult to stay close. Then of course there was the safety car, which didn't allow us to pit, because of the car [Kevin Magnussen] that was standing there.

"Then one car at the front, with the red flag they were allowed to change their tyres, so everything basically went wrong up until that point. At the second start my engine overheated, which meant I had to retire."

Regarding his recent trip to Mugello, he stressed that seeing a track in person is better than trying it in a simulator.

"I came here a few weeks ago to drive, because I have not been here before. I think that is the best way to learn a track. I mean you can drive it on the simulator, but I haven't done that.

"Of course the car is a bit slower, but it's still fun. It's important, it gives you a little bit of a head start. I know of course that other drivers have been racing here."