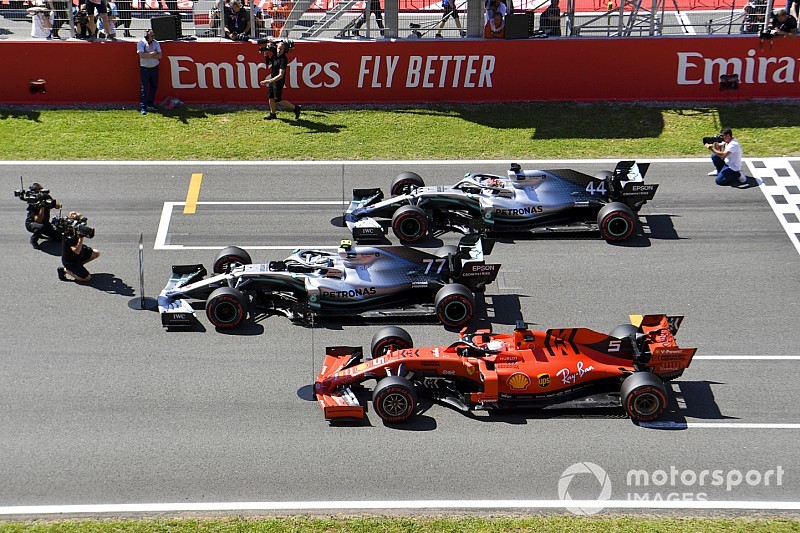 Red Bull driver Max Verstappen thinks rival team Mercedes is alone in not "struggling" to understand how to improve its 2019 Formula 1 car.

Although the Dutchman’s Red Bull team has made progress with an update in Spain this weekend – which helped him split the two Ferraris to take fourth on the grid – Verstappen says his team is still not where it wants to be.

And though the team is slowly getting on top of the issues that hurt it at the beginning of the season, Verstappen thinks the complexity of the 2019 cars has made finding ways to improve more difficult than in the past.

“I'm not a designer, I just try to drive as quick as I can,” said Verstappen, when asked if there was a chance Red Bull could close the gap on Mercedes this season.

“Well, Mercedes seems to understand, but I think in general all the other ones as well, we've all been struggling a bit more.”

Verstappen has played down talk that the team was held back by balance issues early in the campaign, as he said key to the RB15’s progress is simply in adding more downforce.

“Well, I was never really struggling with the balance window. I was just driving to the limit of the car,” he said. “If I would go faster, I would just drift off the track - I never really had massive oversteer, massive understeer, except Bahrain where we had the set-up mistake.

“I think we upgraded it and the car is again a bit quicker, although just general grip, it's still not where we want it to be.”

He added: “Mercedes was just too quick all weekend, and I think we did a good job to at least get one Ferrari. Because even they looked a little bit too quick after FP3 as well.”

Asked if it was depressing that Mercedes had been able to make gains to pull even further ahead, Verstappen said: “Well I've never seen anything else in Formula 1…

“For me it's not depressing. We're just very motivated and determined to try and close the gap, but it's not easy. If it was that easy, you would have a lot of people and a lot of teams in F1.”

Leclerc puzzled by losing "half of the bargeboard" over kerb